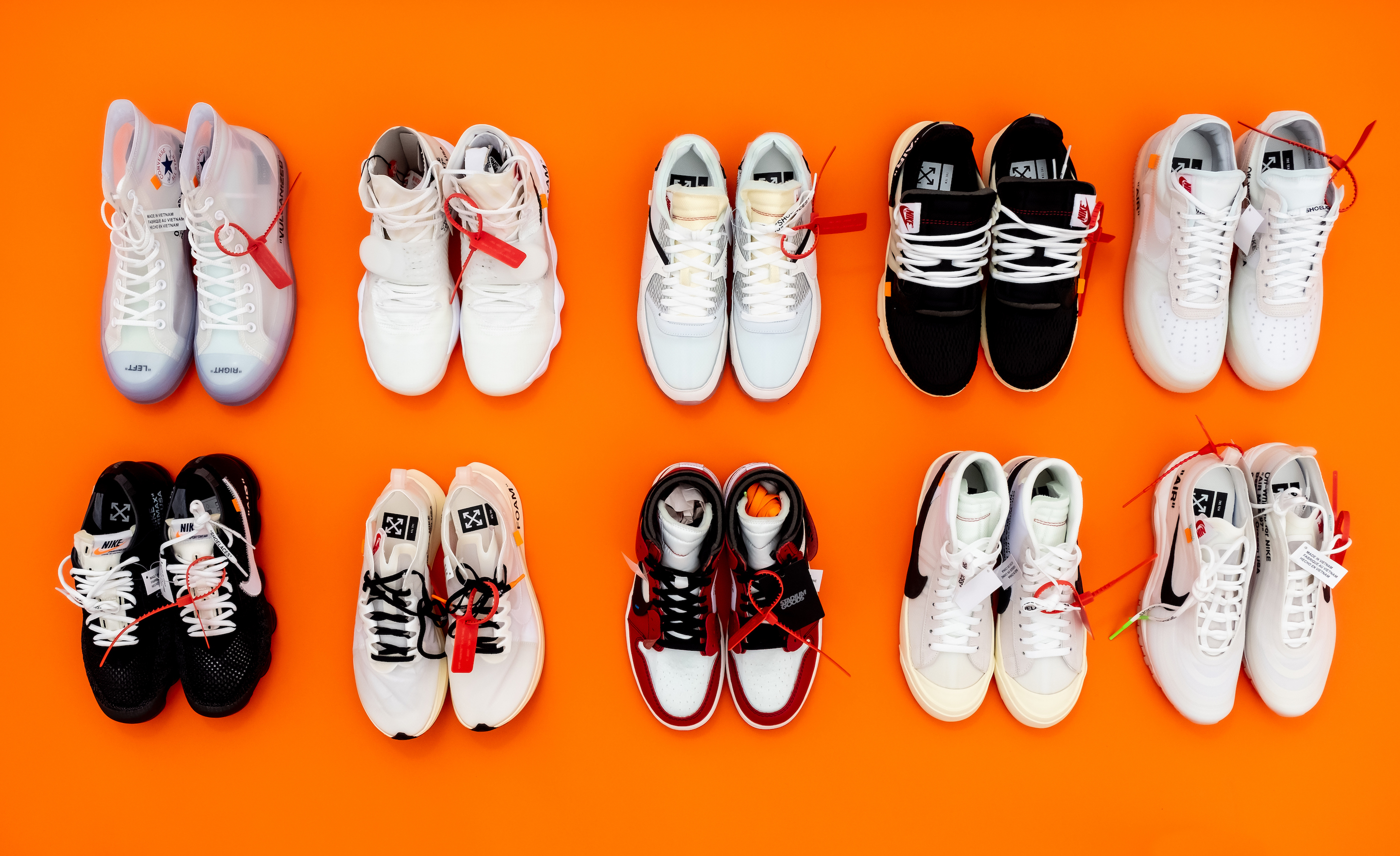 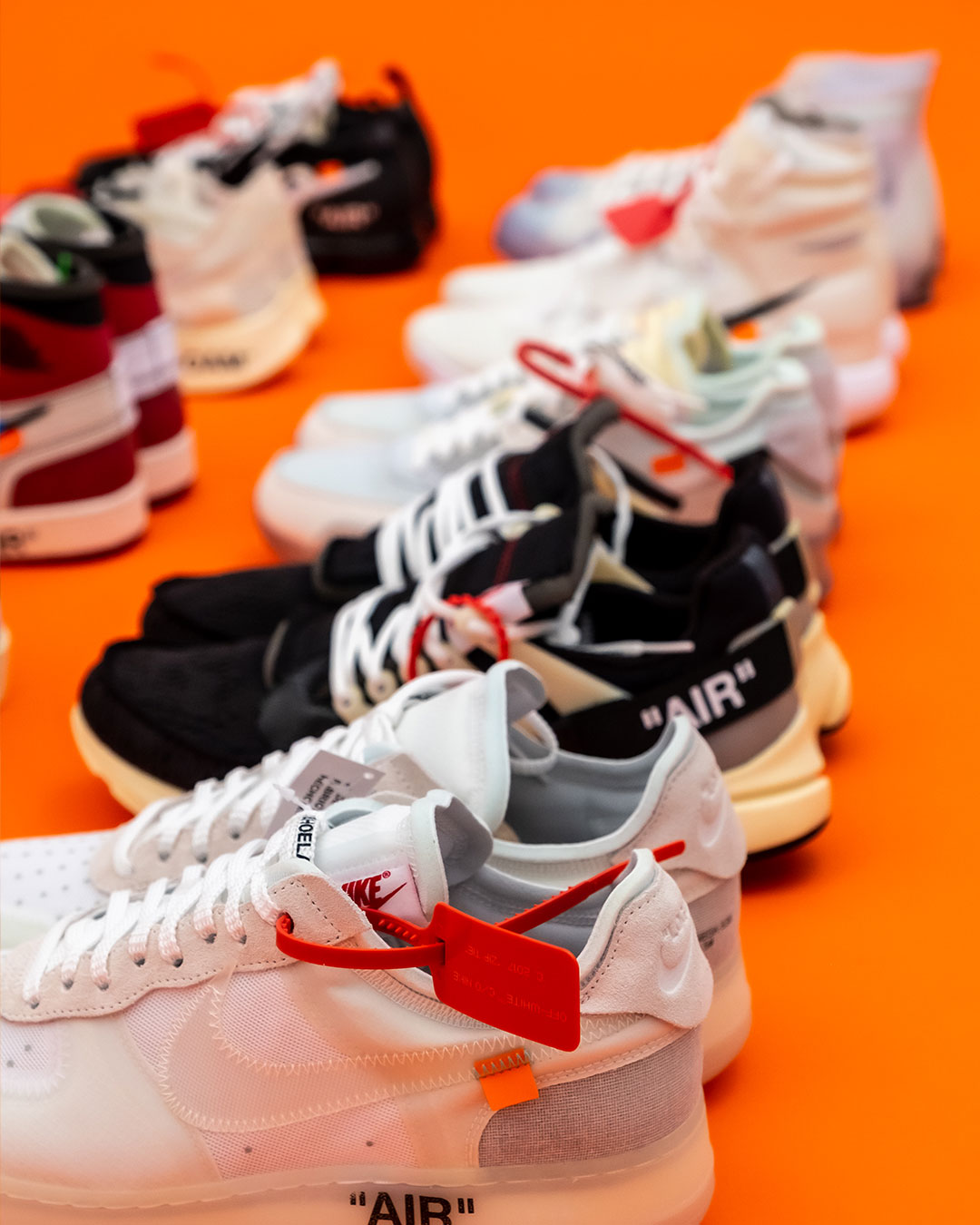 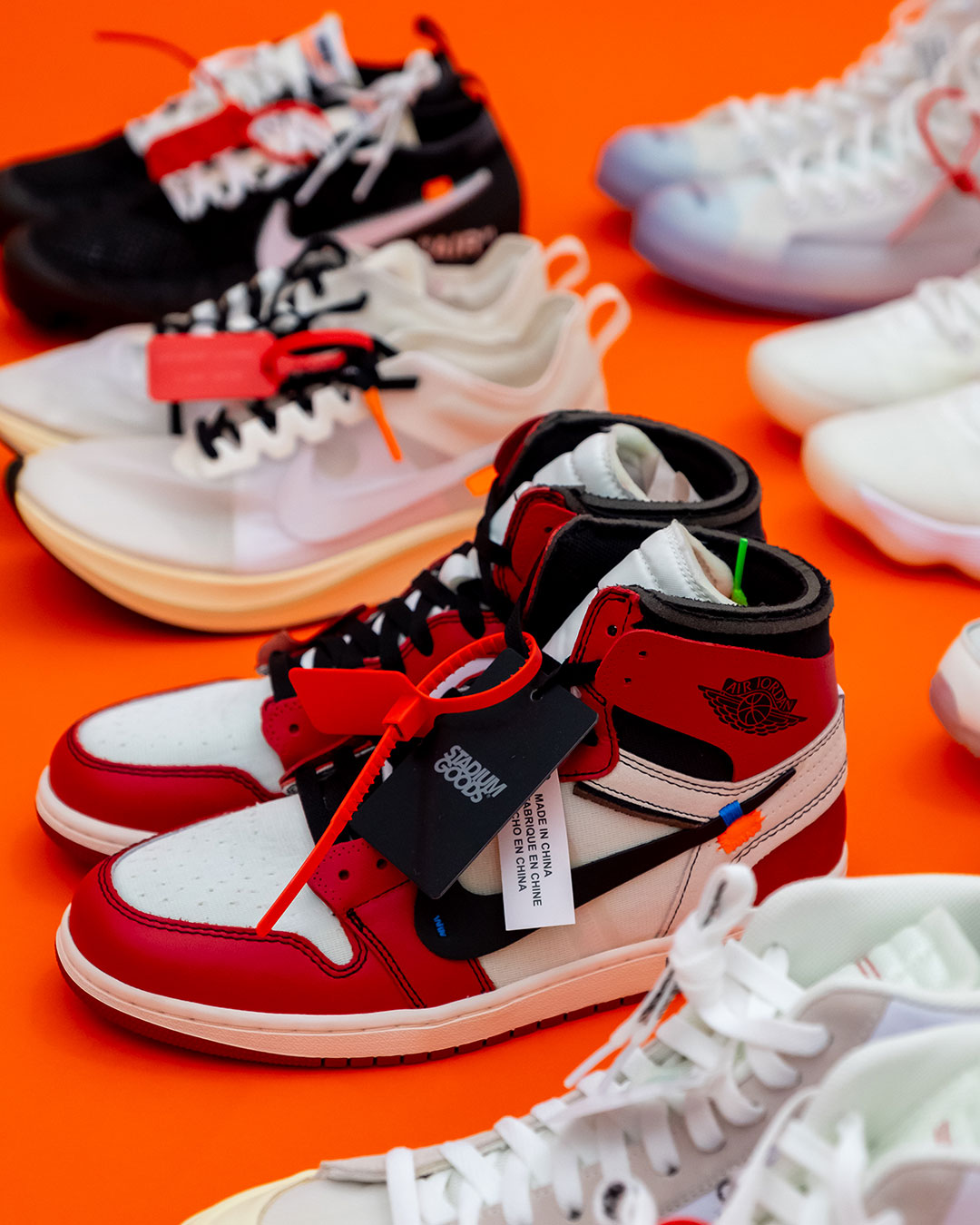 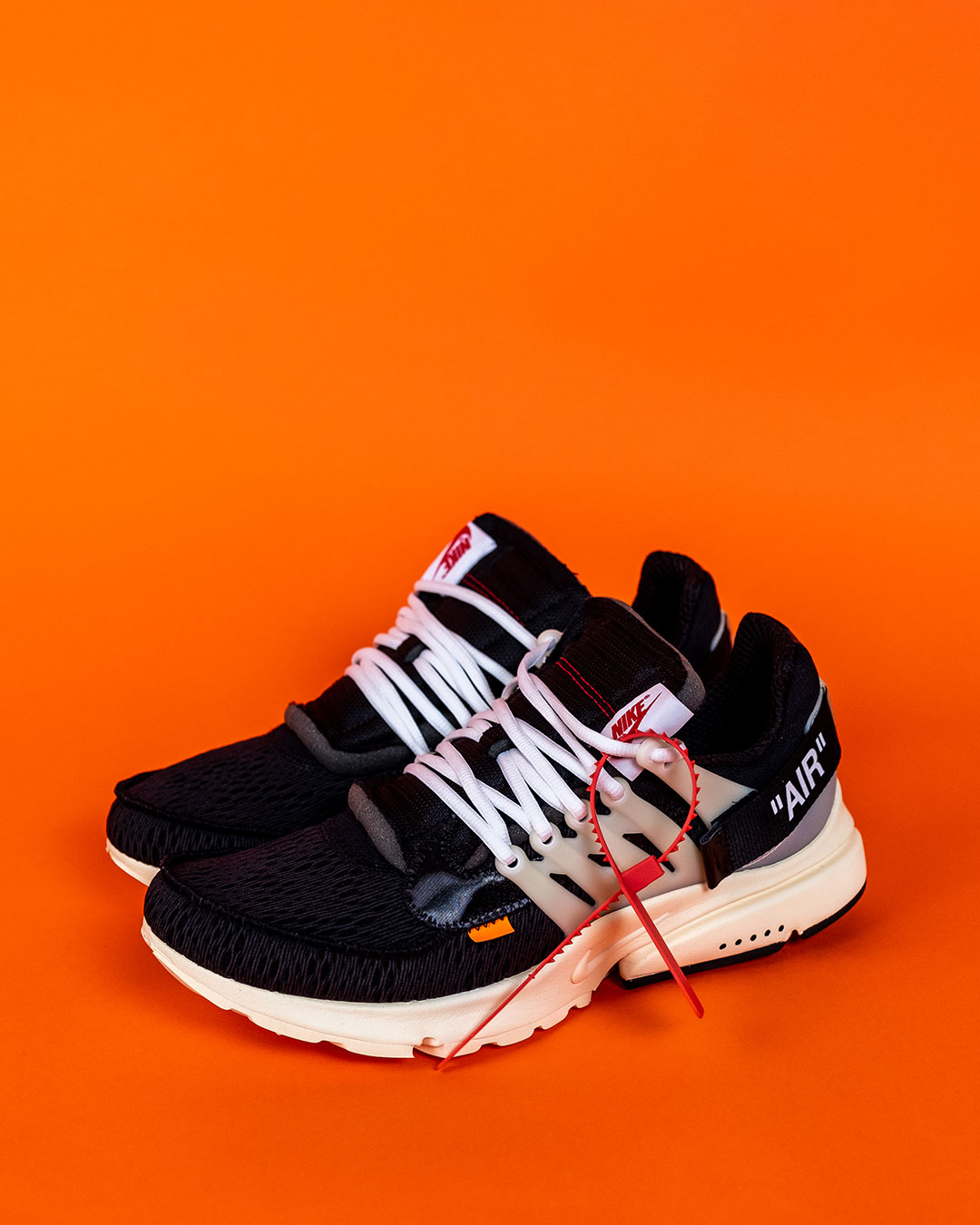 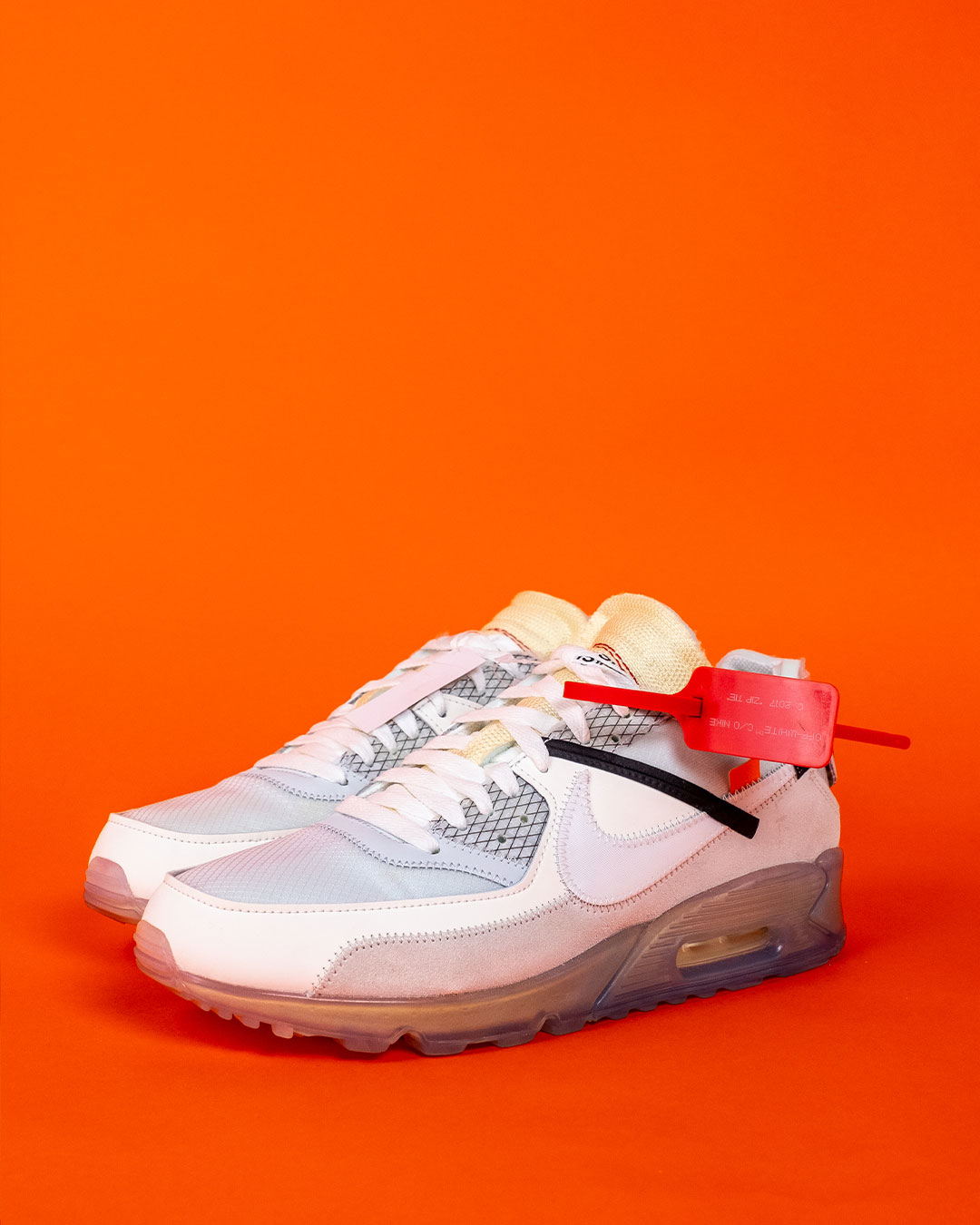 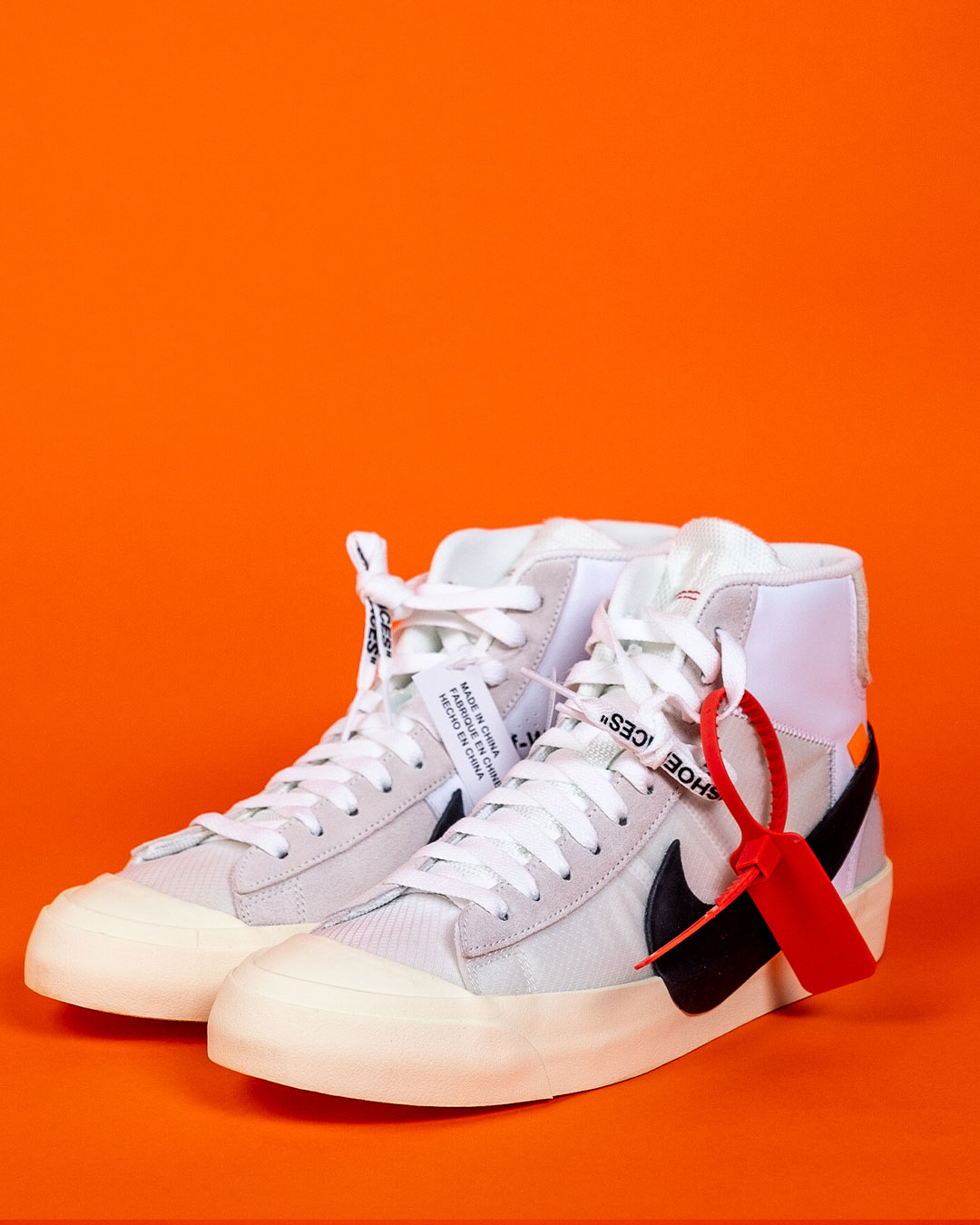 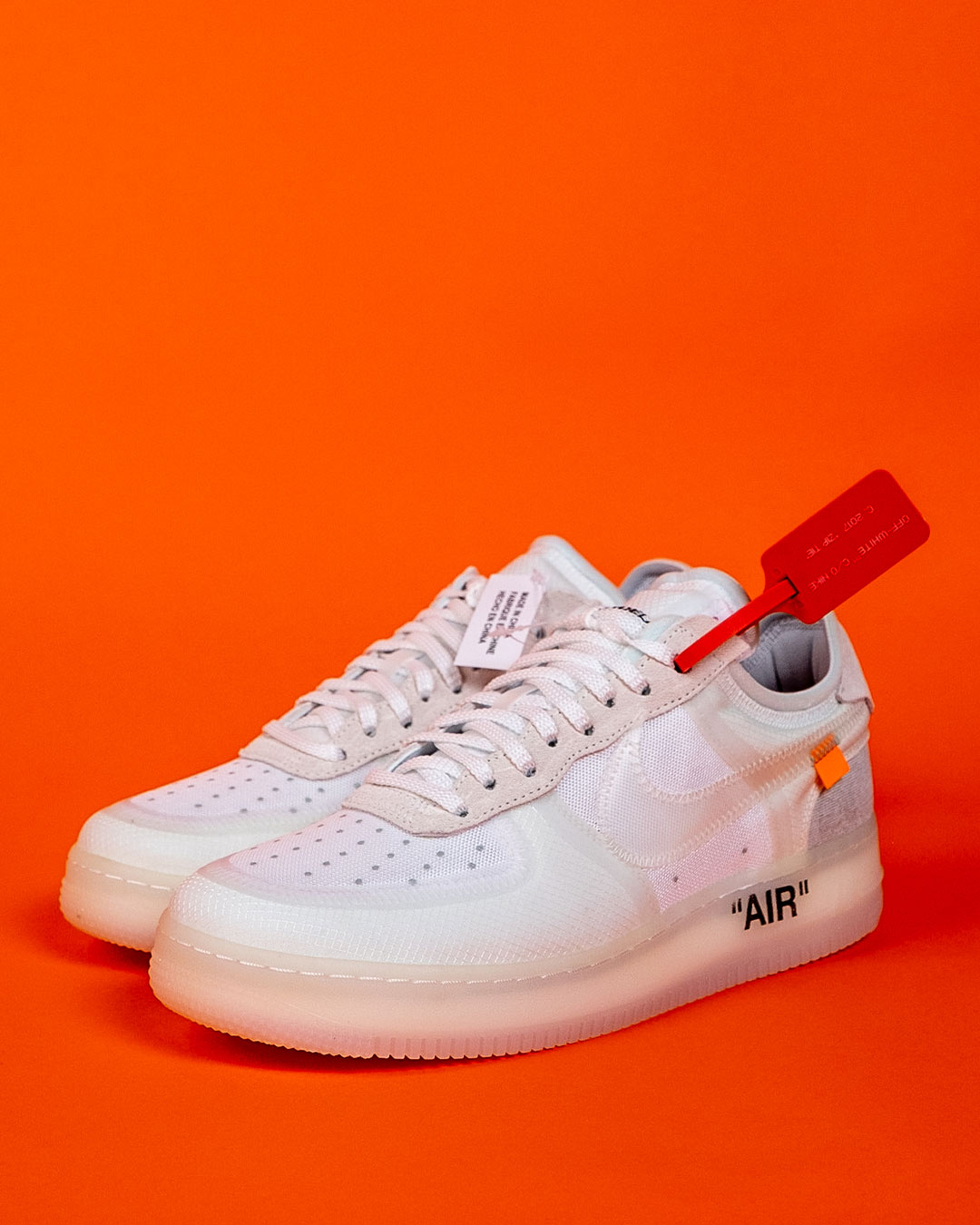 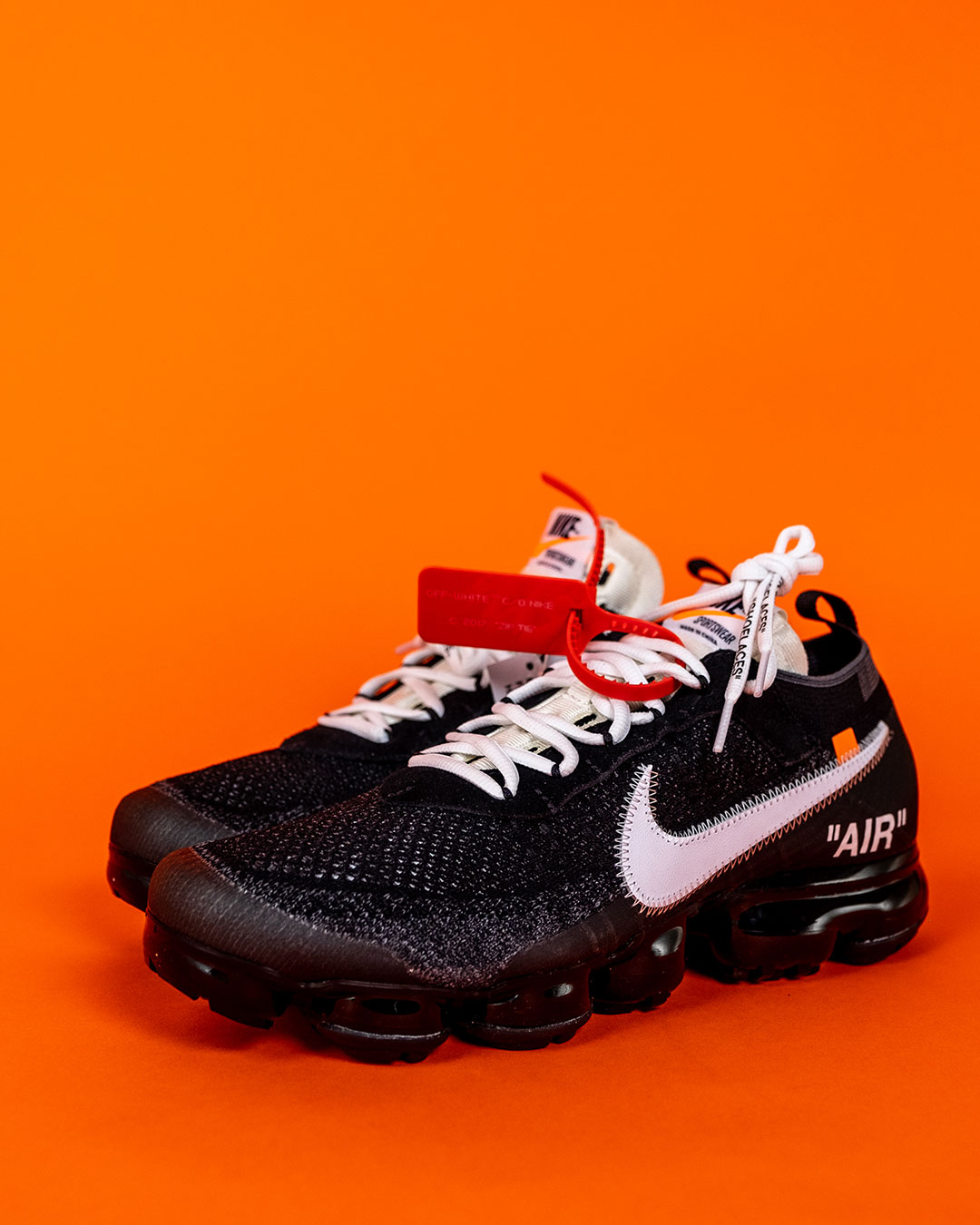 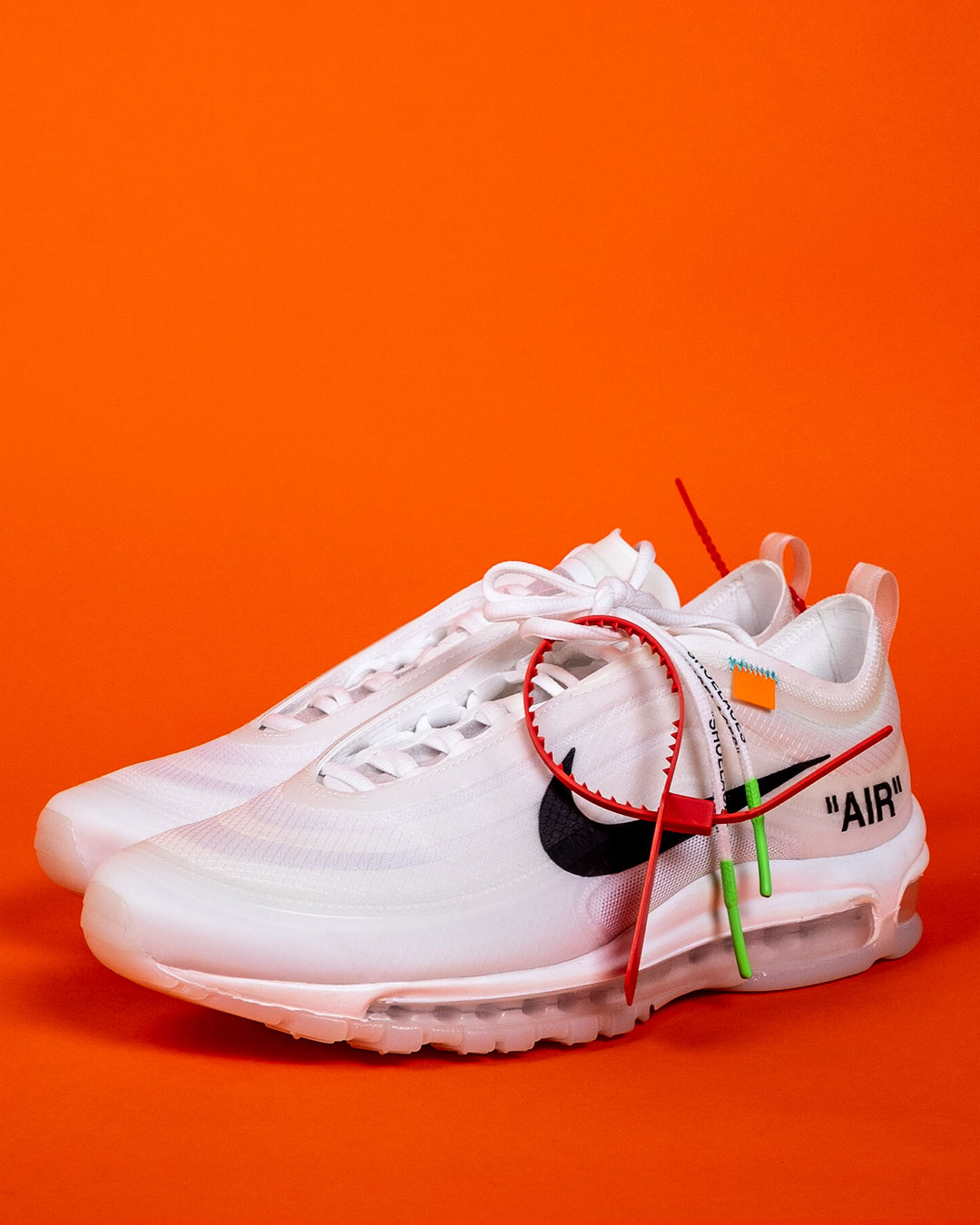 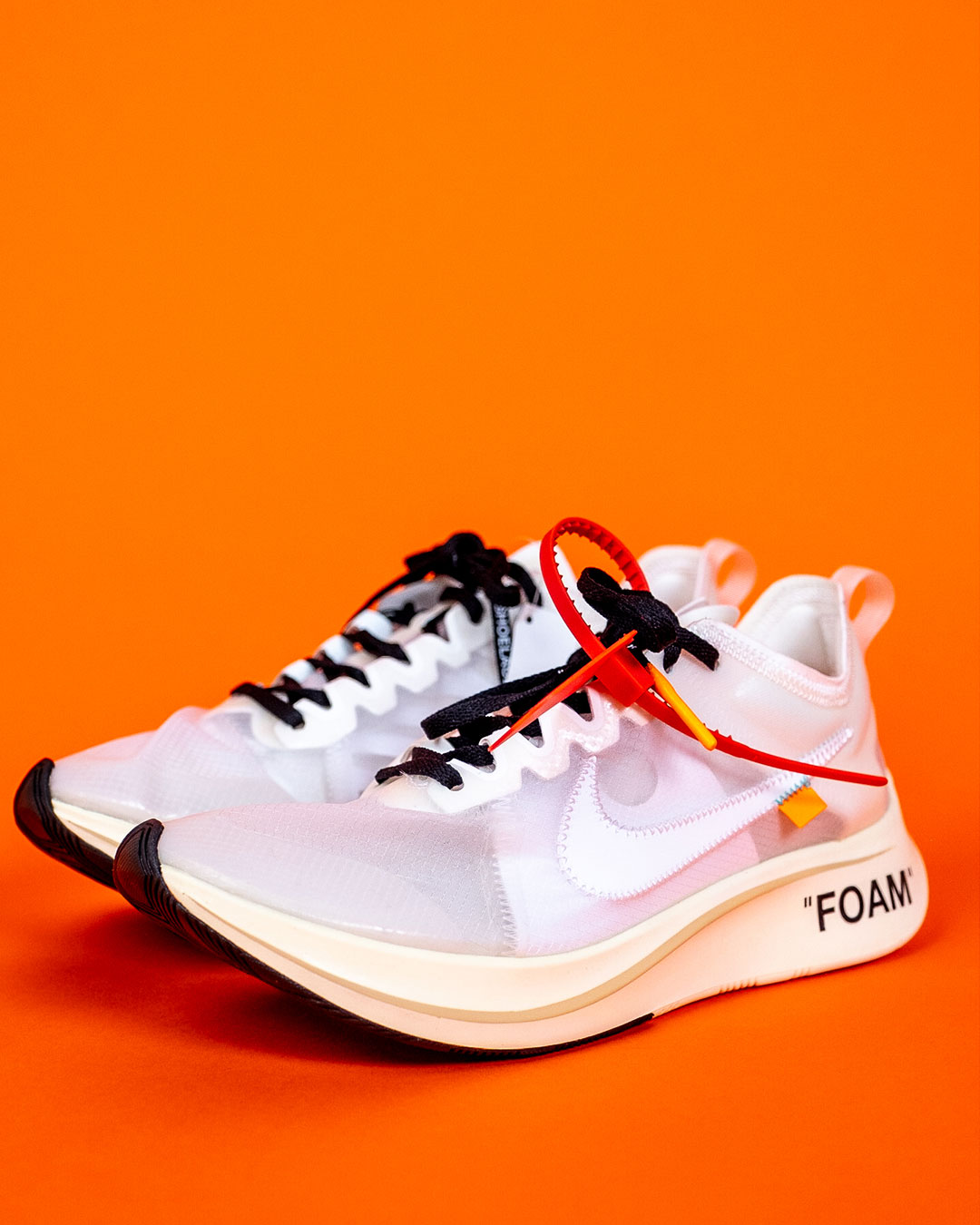 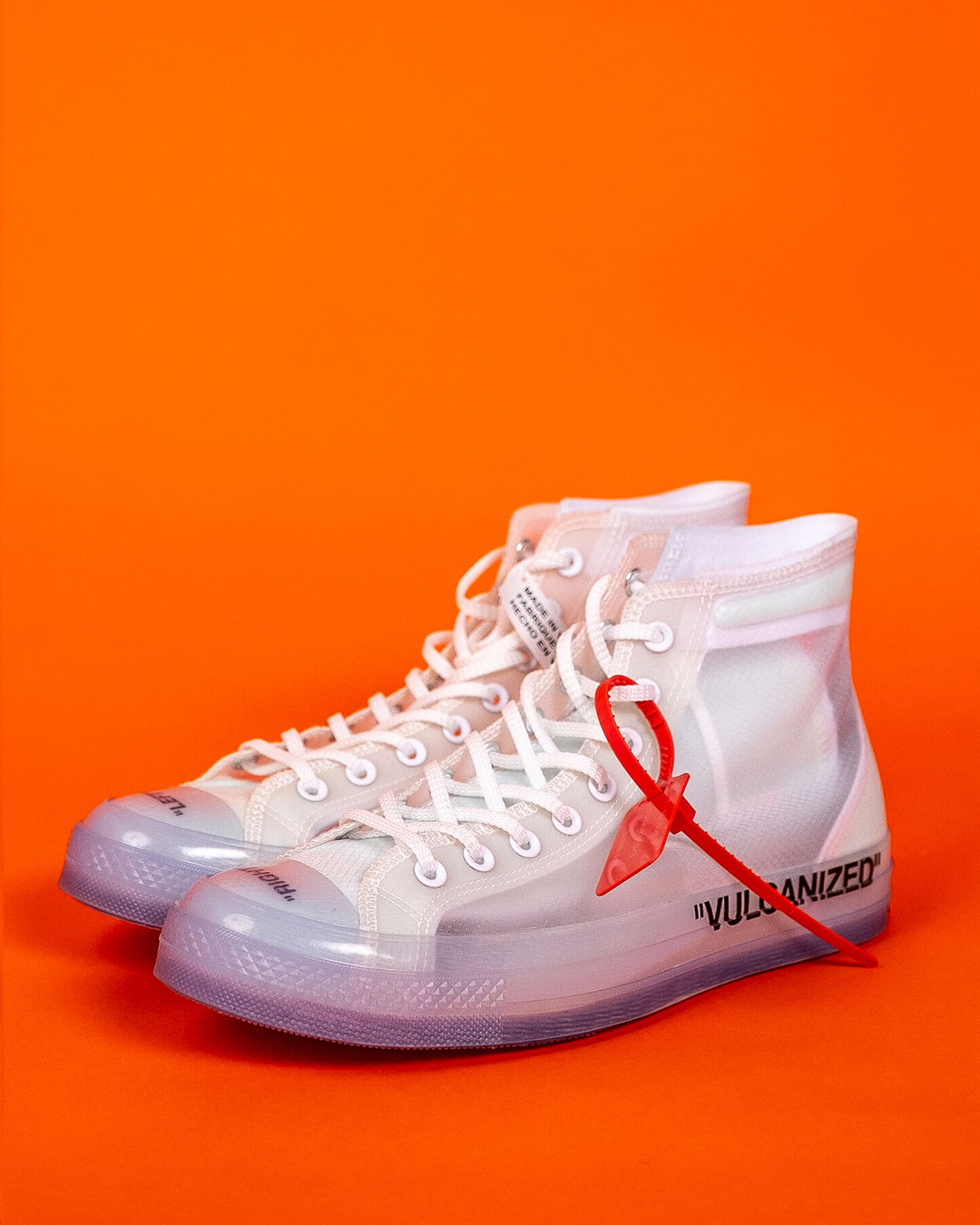 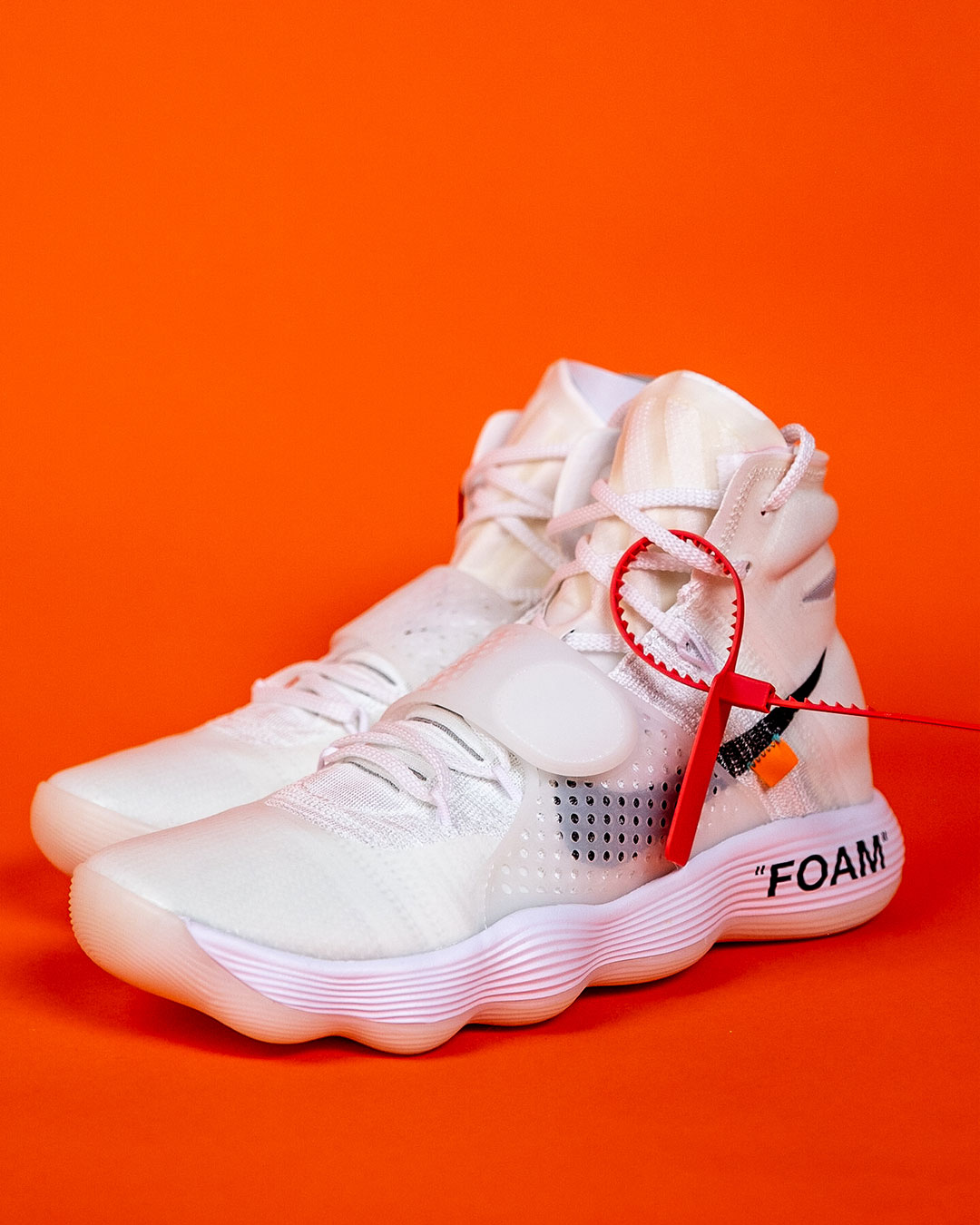 In 2017, Virgil Abloh, founder of Off-White, partnered with Nike to release “The Ten”--a reconstruction of 10 of Nike’s most iconic and best-selling silhouettes. The first of his Nike collaborations was a product of Abloh’s interest in sneakers, hip-hop, and graffiti. Fused with his formal training and refined by the Nike team in Beaverton, the result was a drop of iconic Nike designs in Abloh’s signature style.

The man behind the shoes needs little introduction. In 2010, Virgil Abloh came to prominence as creative director of Kanye West's creative agency, Donda. He founded Off-White, his own label in 2013, and has since been named the artistic director of Louis Vuitton’s menswear collection. Through his work with Pyrex Vision and Off-White, Abloh’s name has become synonymous with the rise of streetwear over the last decade, and he remains one of the main faces of design today. He has received high praise from critics across industries and was named to Time’s 100 most influential people in the world in 2018.

For Abloh, the collaboration with Nike was the realization of a lifelong dream: he recounts designing Air Jordans as a teenager and sending them to the Nike design team. He notes that “[his] entire design background and ethos came from the ‘90s”, so the redesign on the Air Jordan was an obvious goal. His redesign was accompanied with great success: the reimagined Air Jordan 1 was named the 2017 Shoe of the Year by Footwear News, joining the ranks of former winners Kanye West and Rihanna.

Each pair released from “The Ten” sold out immediately on all platforms--fetching high resale prices on the secondary marketplaces and retailers like StockX and Stadium Goods. Between 2017 and 2019, the collection has appreciated by 94.0%, with an annualized appreciation of 39.3%*. Featuring all 10 shoes from Abloh’s collaboration, Otis is excited to present “The Ten” collection.

Fair Market Value
FMV based on an average of retailer prices is $23k.
Historical Sales
94.0% appreciation between 2017-2019, 39.3% annualized.
Cultural Influence
“The Ten” collection represents ten of Nike’s best-selling and most classic silhouettes.
Deadstock
All pairs in Otis’ collection are in deadstock condition with original box and accessories.
Collaborator
Virgil Abloh is one of the pioneers of high-end streetwear culture. With 5.2m Instagram followers, he founded streetwear label Off-White, serves as artistic director of Louis Vuitton menswear and rose to prominence as Kanye’s creative director.
Macro Trends
The collectible sneaker resale industry is an estimated $2 billion market in the U.S. and $6 billion globally. It is projected to triple by 2025.