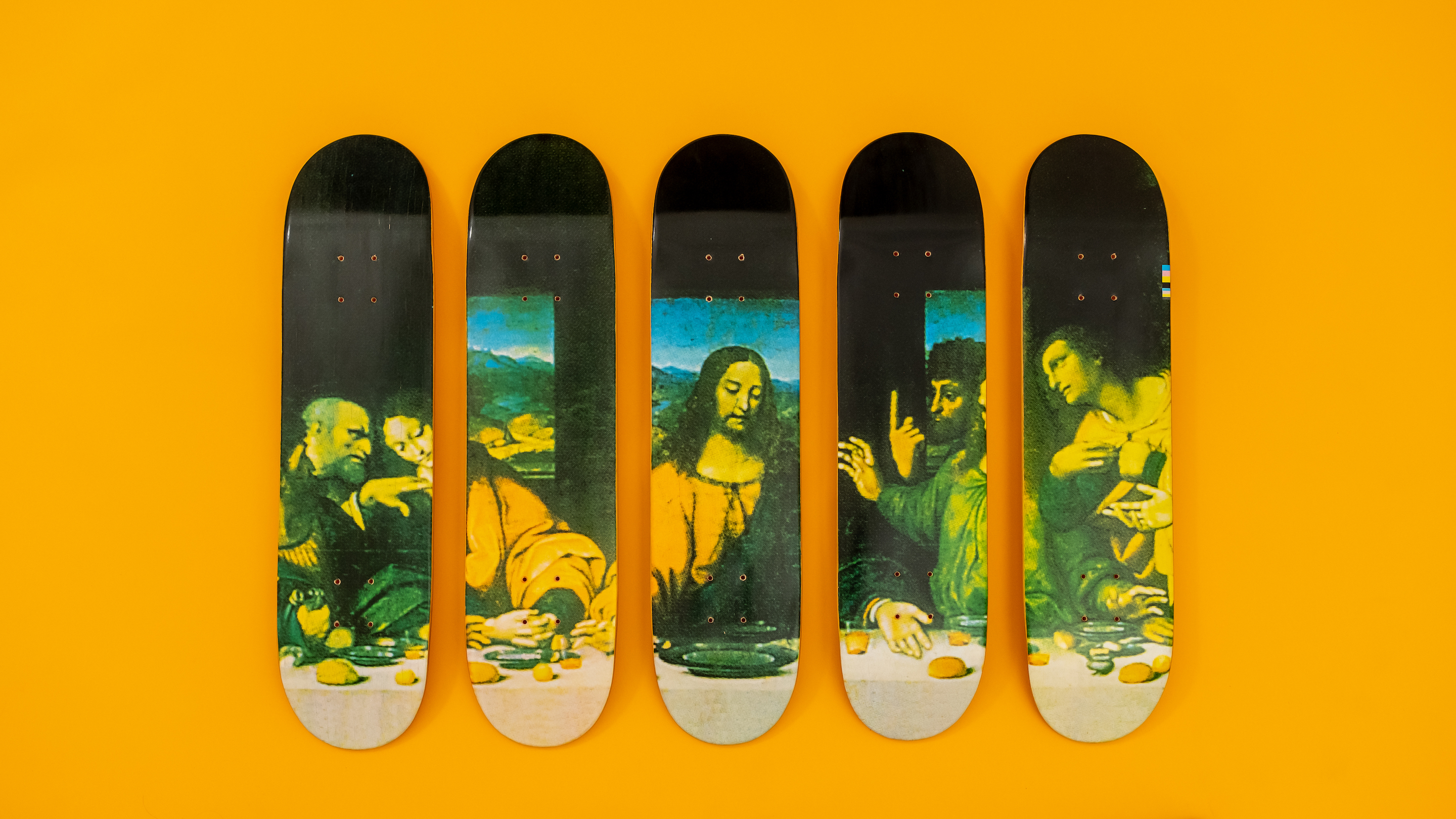 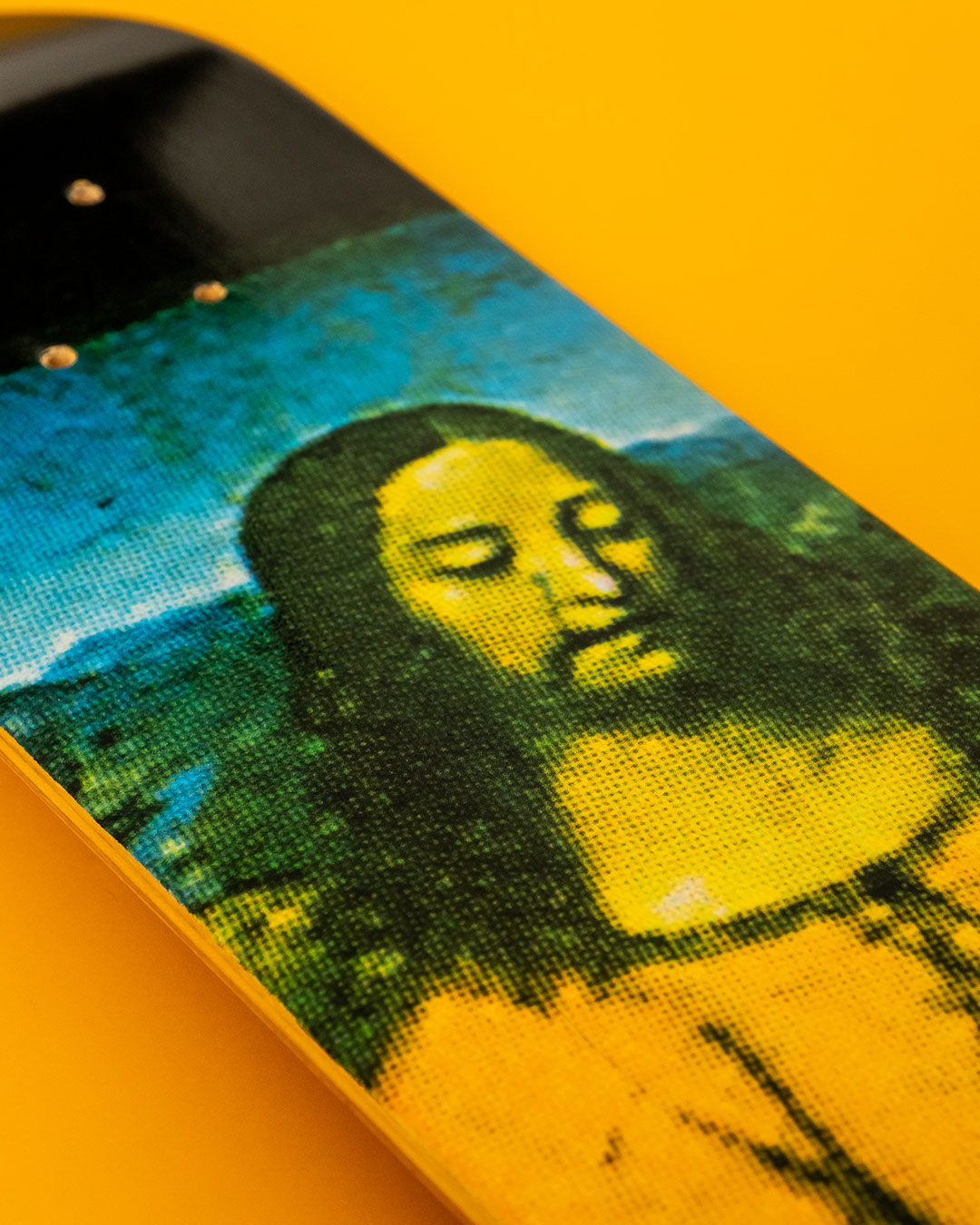 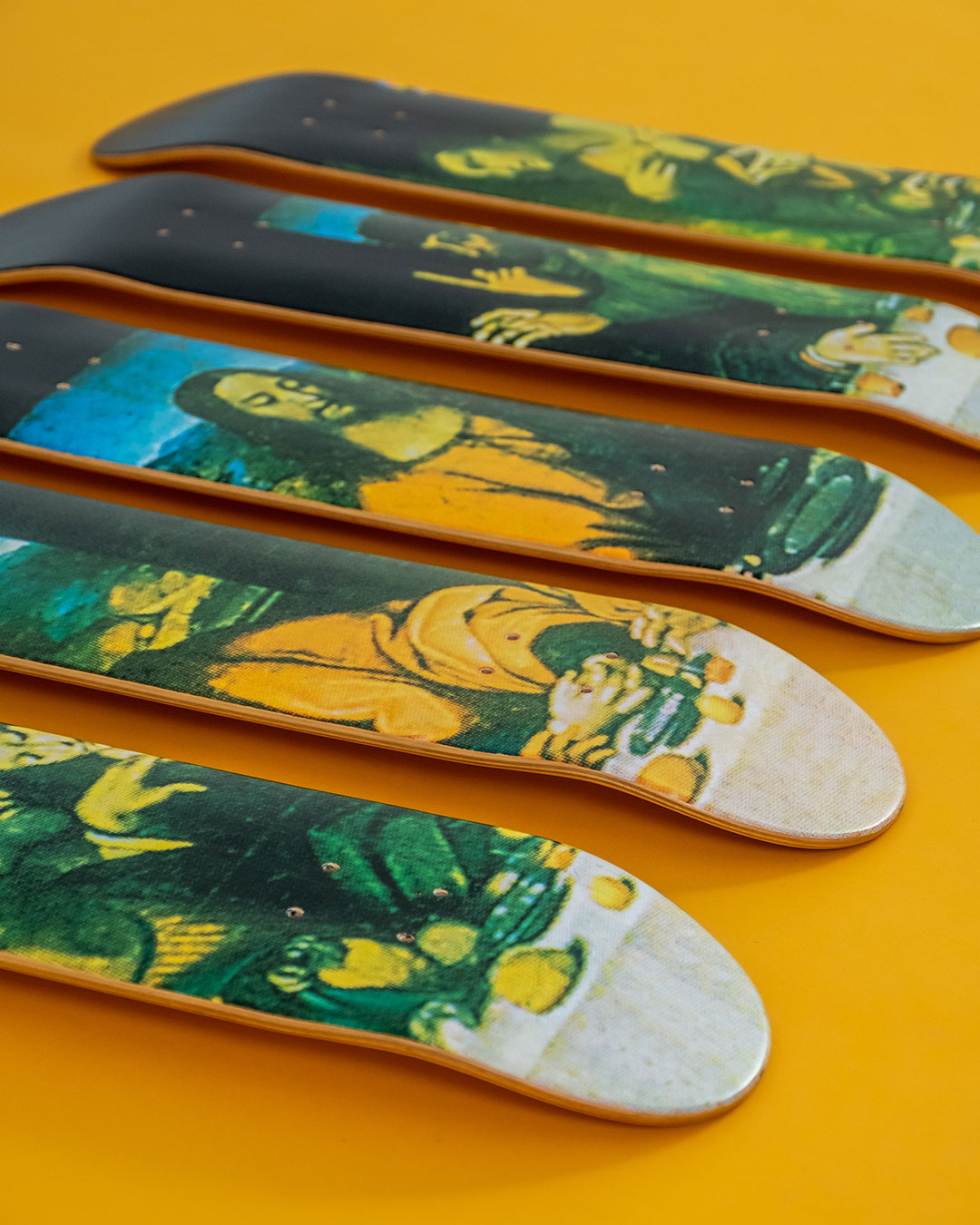 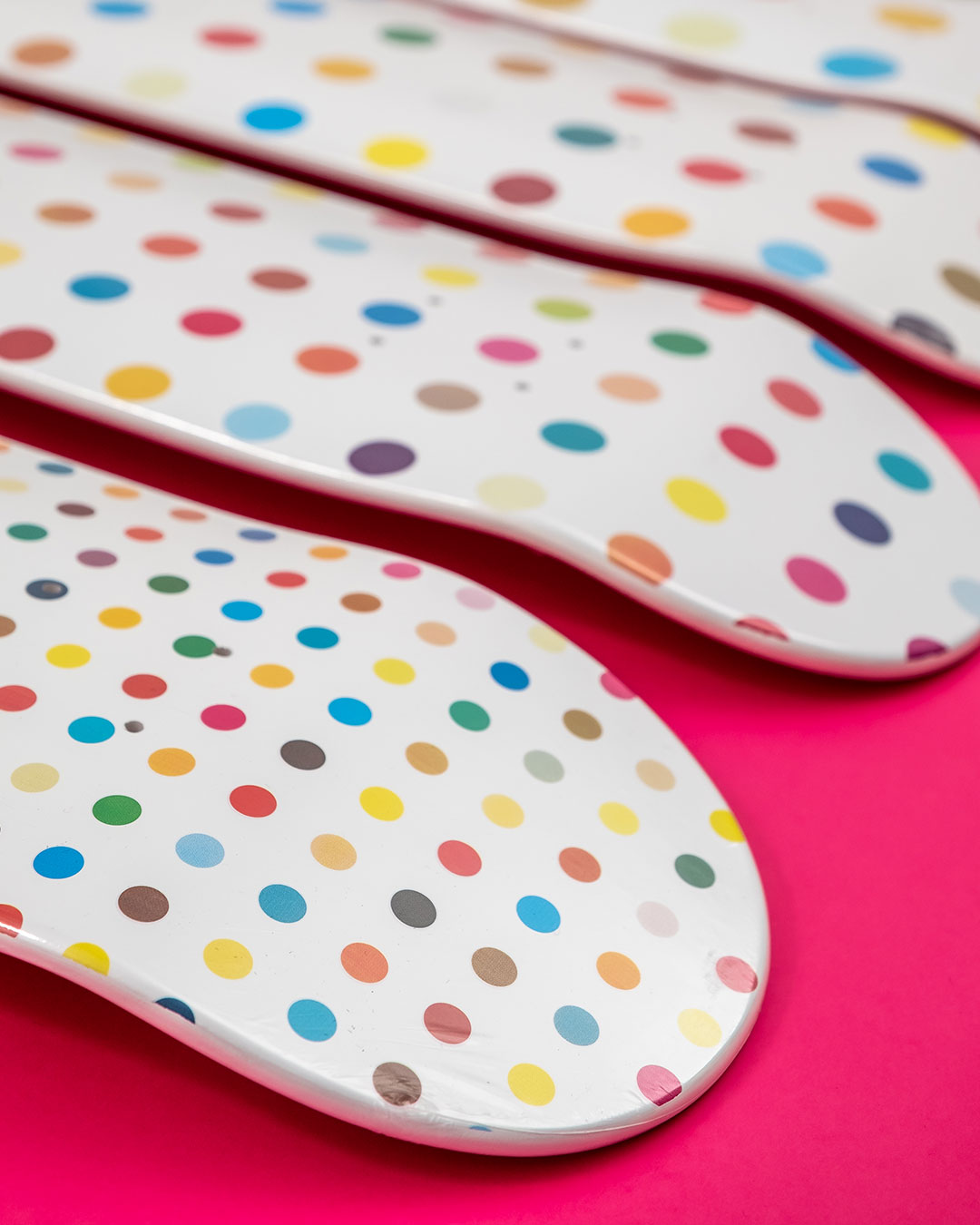 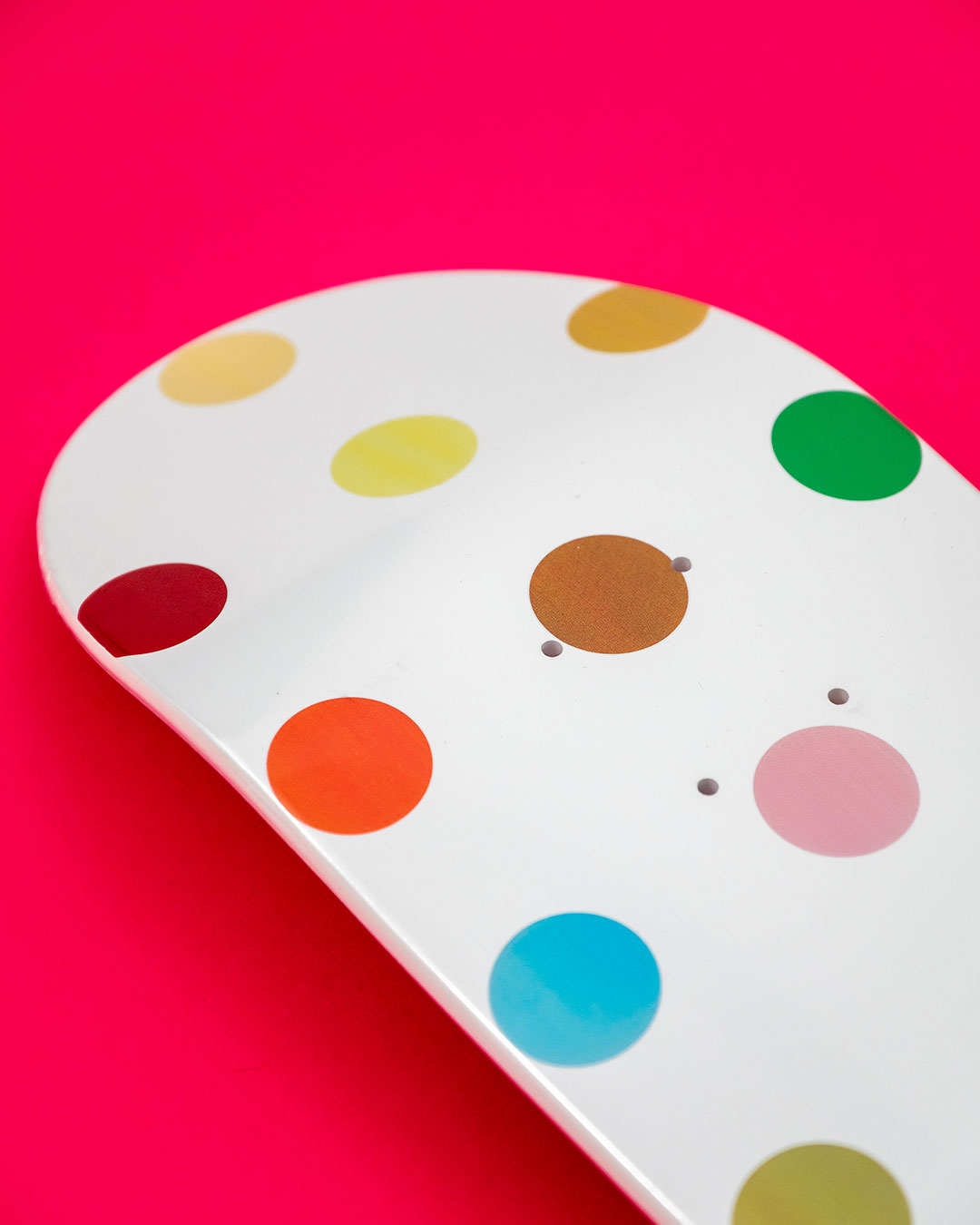 When James Jebbia opened up his small skate shop on New York City’s Lafayette Street in 1994, it felt more like a local hangout than it did a retail space. Music blared loudly (it still does today), skate videos played on loop and kids took turns doing flat ground tricks on the sidewalk outside. For a growing Manhattan skate community, Supreme meant a second home.

In the beginning, Supreme’s growth was slow, steady and felt organic. It wasn’t until after establishing a loyal community that Supreme started focusing on producing its own product, beginning with t-shirts--quickly progressing to hoodies and hats. Original Skateboards and collaborations pieces arrived shortly after.

With a devoted home base established in New York, Supreme made the decision to take its business international, building a second (third, and fourth) location in Tokyo’s Daikanyama neighborhood. At the time, Supreme’s New York flagship still attracted a relatively niche downtown clientele. Outside that, it was only Japanese tourists that flocked to the store in numbers. The fanaticism in Japanese collecting culture embraced Supreme before mainstream hype, opening a market to begin testing new products.

To celebrate the opening of its Daikanyama location, Supreme tested its first store exclusive box logo; its own version of segmenting products for specific markets. By adding another degree of exclusivity through stratified access and availability, Supreme was able to turn the ordinary into the extraordinary.

Supreme’s web store didn’t open until 2006 (“The Last Supper” decks were released in 2002). That meant, getting your hands on Supreme’s product required an in-person visit or a savviness with online marketplaces like eBay. Early collectors often recount the memories of “the hunt” for Supreme’s most coveted pieces, often flying to different stores around the world just to get their hands on exclusive drops. In the same way, buying band tour merch denotes a specific moment in place and time, owning one of these limited products told the fellow enthusiast, “I was there.”

Still, there was, and is, no guarantee of getting the product, even if you make it into the store. For those unfamiliar with their business model, Supreme follows two selling seasons per year (Spring/Summer & Fall/Winter), closing its doors in between to recalibrate. Within the already pre-defined window of buying exists an even smaller window. This is perhaps better known as the “drop” model; a style of selling revolving around limited stock being made available at specific times.

As it turns out, the model works, really well. Some of Supreme’s hottest items have sold out in under 4 seconds on their online store. In 2017, Supreme was forced to implement new rules for their drops. As a response to growing lines and rowdiness, Supreme implemented a lottery ticketing system that gave people the ability to get in win a spot in line on drop day. In other words, Supreme has become so popular in recent years that there is no longer a guarantee of even making it into the store, let alone buying something.

In today’s market, money is what dictates whether or not a buyer will get their hands on an exclusive drop. Platforms like StockX and Grailed offer buyers the chance to purchase their favorite Supreme items, regardless of release date or location. In short, anyone can become a Supreme collector, for a price.

For the original generation of Supreme enthusiasts, deck sets like “The Last Supper” or “Spots” represent a time when the brand was largely under the radar for those outside of the skateboarding community. A time before the bots or, when owning a product proved your dedication to the brand. Due to their age, scarcity and in-culture relevance, the Damien Hirst “Spots” and “The Last Supper” deck sets are often revered as two of the “holy grails” of Supreme deck sets amongst collectors.

Otis’ Supreme Skateboards II collection is comprised of a series of Supreme’s most coveted decks, released from 2002 to 2009. Each release was produced limited quantities and only available through Supreme's retail and/or e-commerce stores.

Recent Sales
Due to the scarcity and rarity of the sets in this collection, there are no recent public sales. The Hirst Set most recently sold at public auction in November 2013 for $3,000, which may not be representative of the current market. Our purchase of the Last Supper Set in December 2019 for $13,750, was the only time this collection was sold at public auction.
Grail Status
Our collection includes two completed deck sets that are considered “grails” in the world of Supreme collecting.
Value in History
A completed set of Supreme’s skate decks sold for $800,000 on Sotheby’s in early 2019.