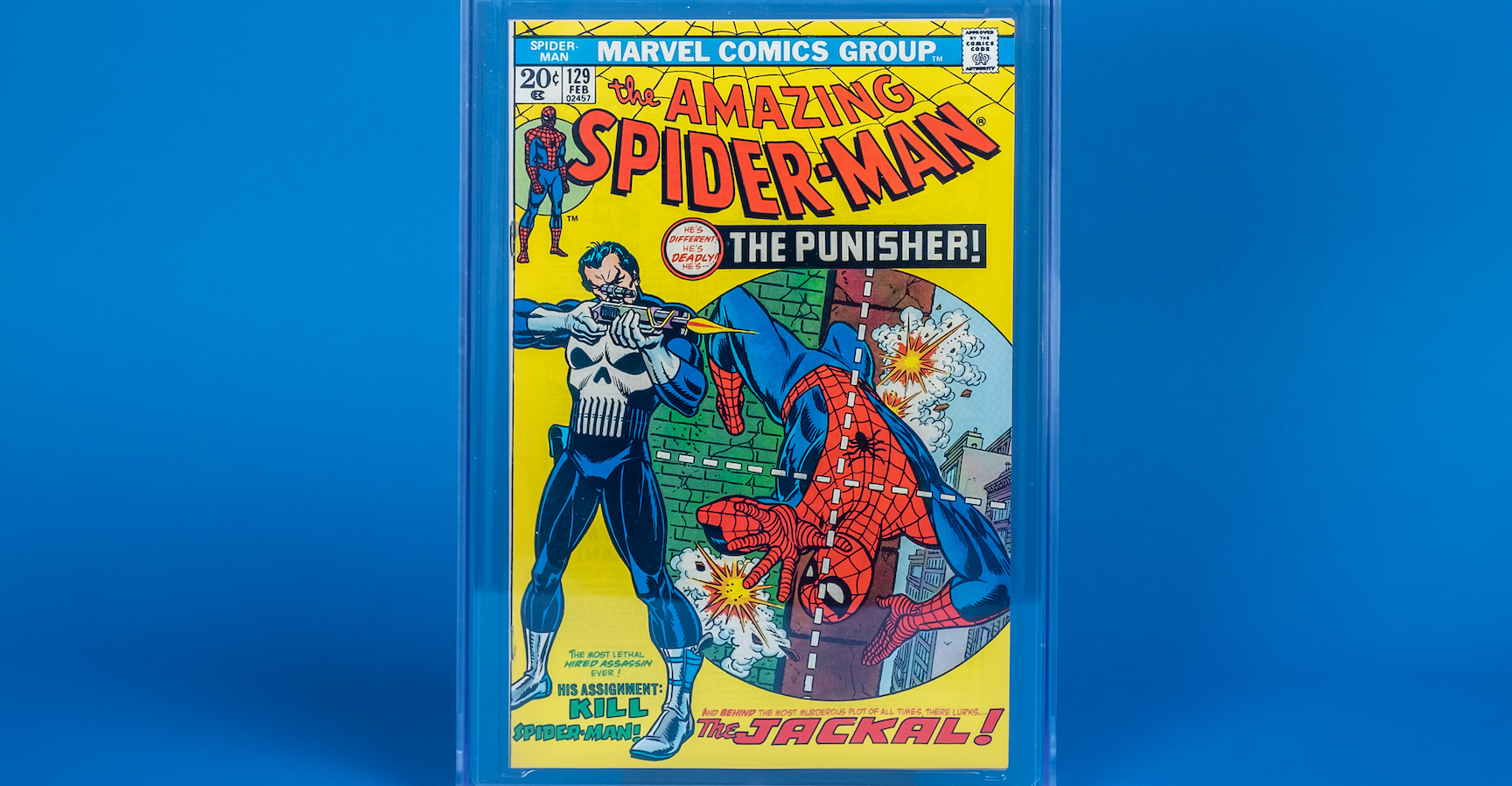 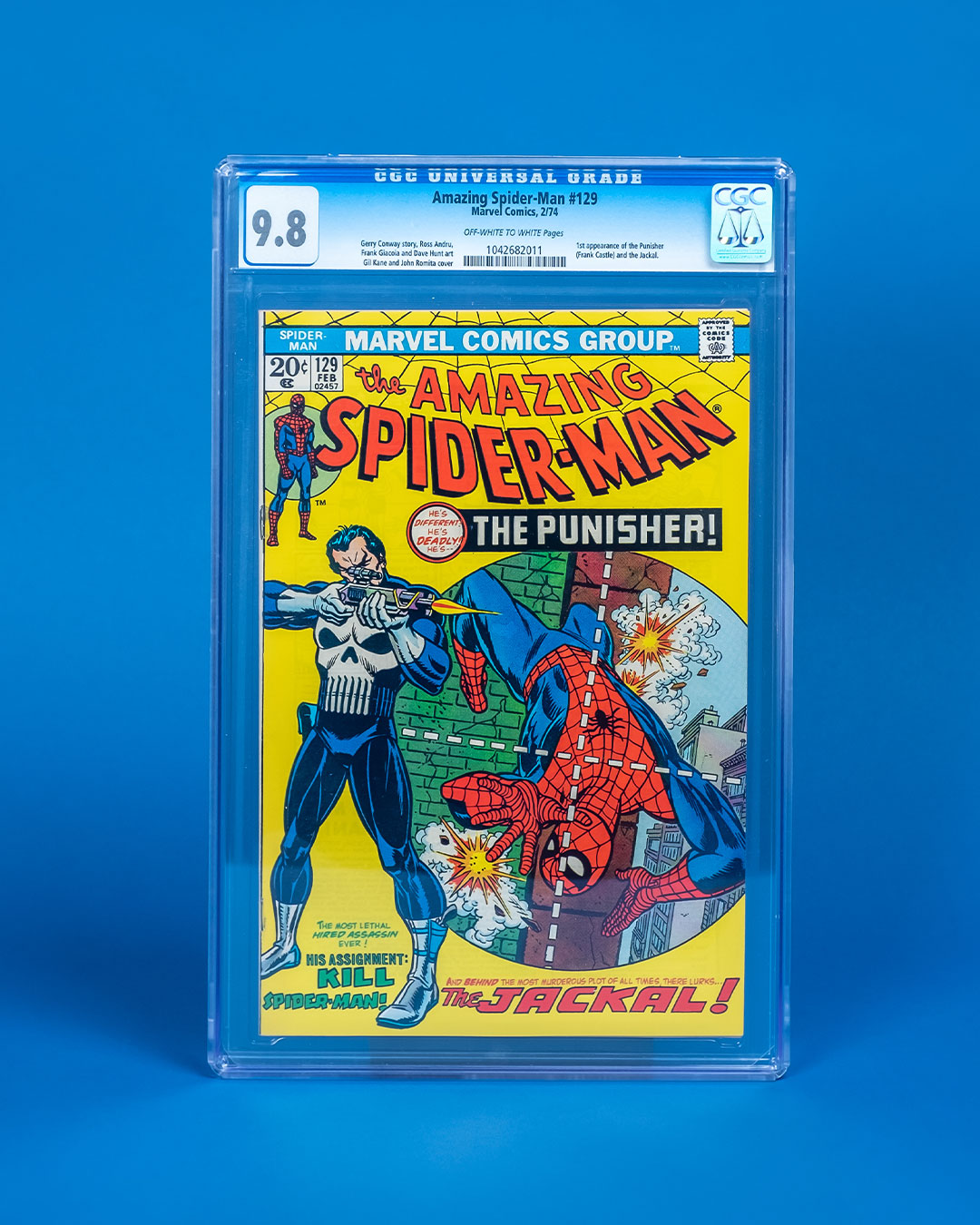 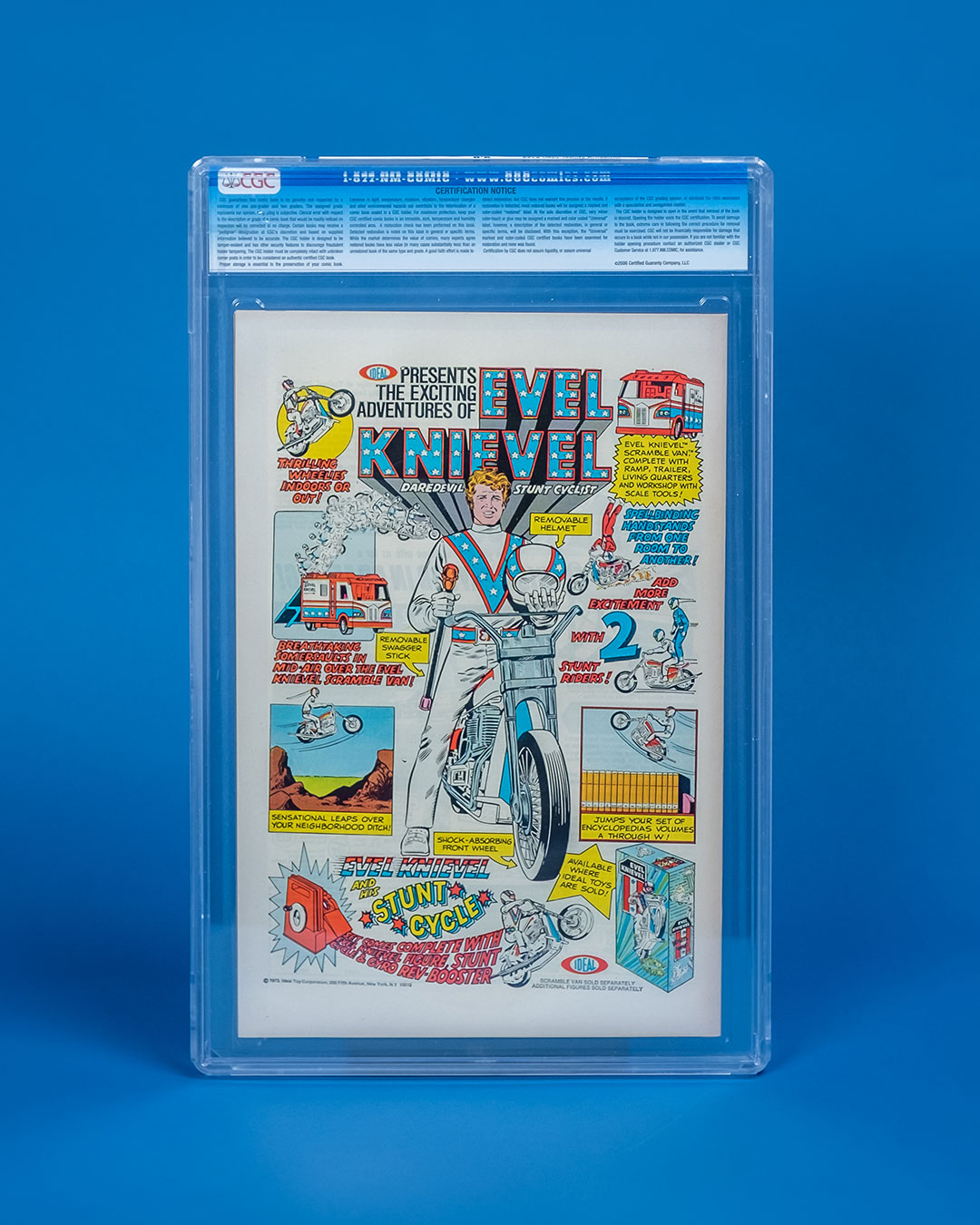 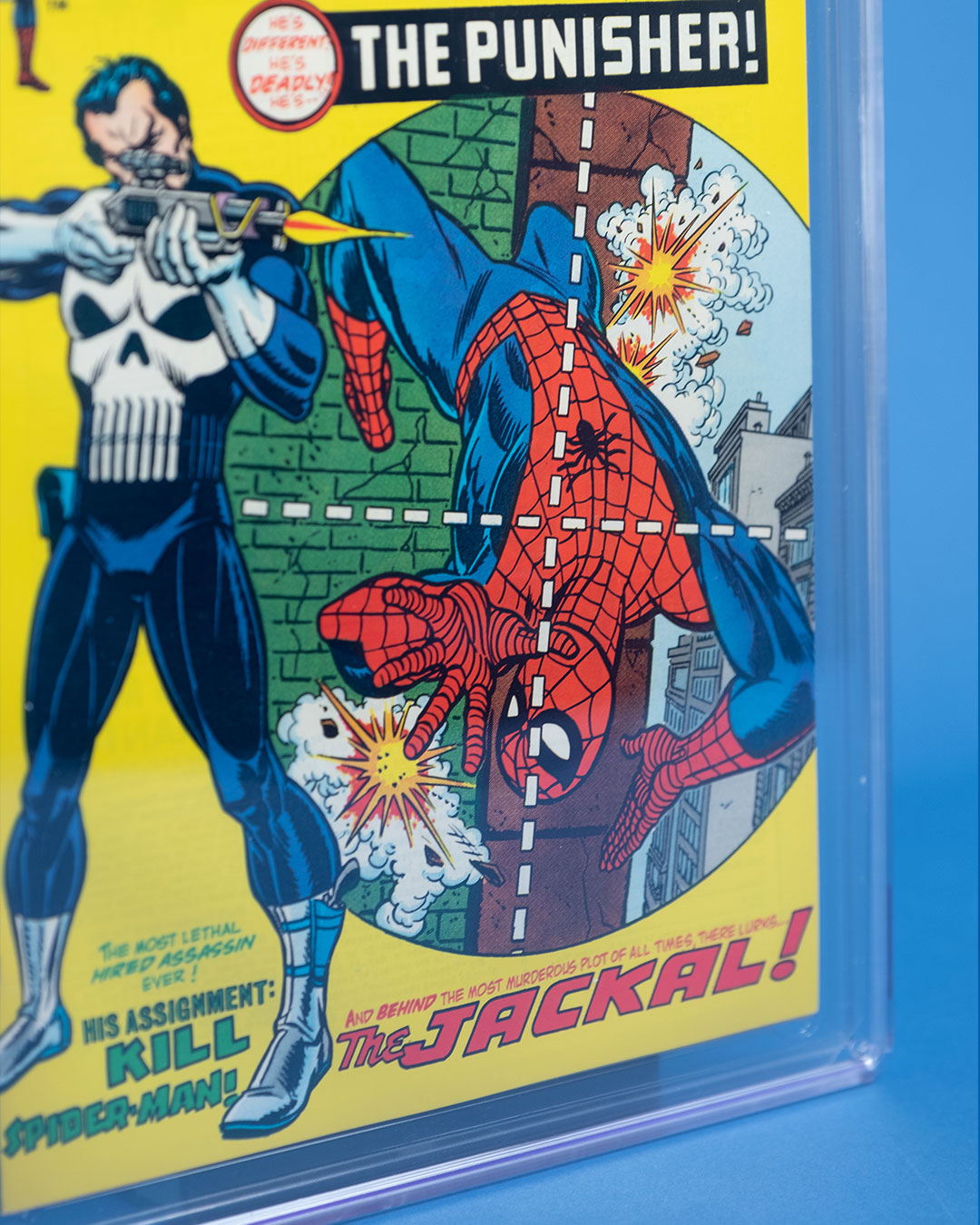 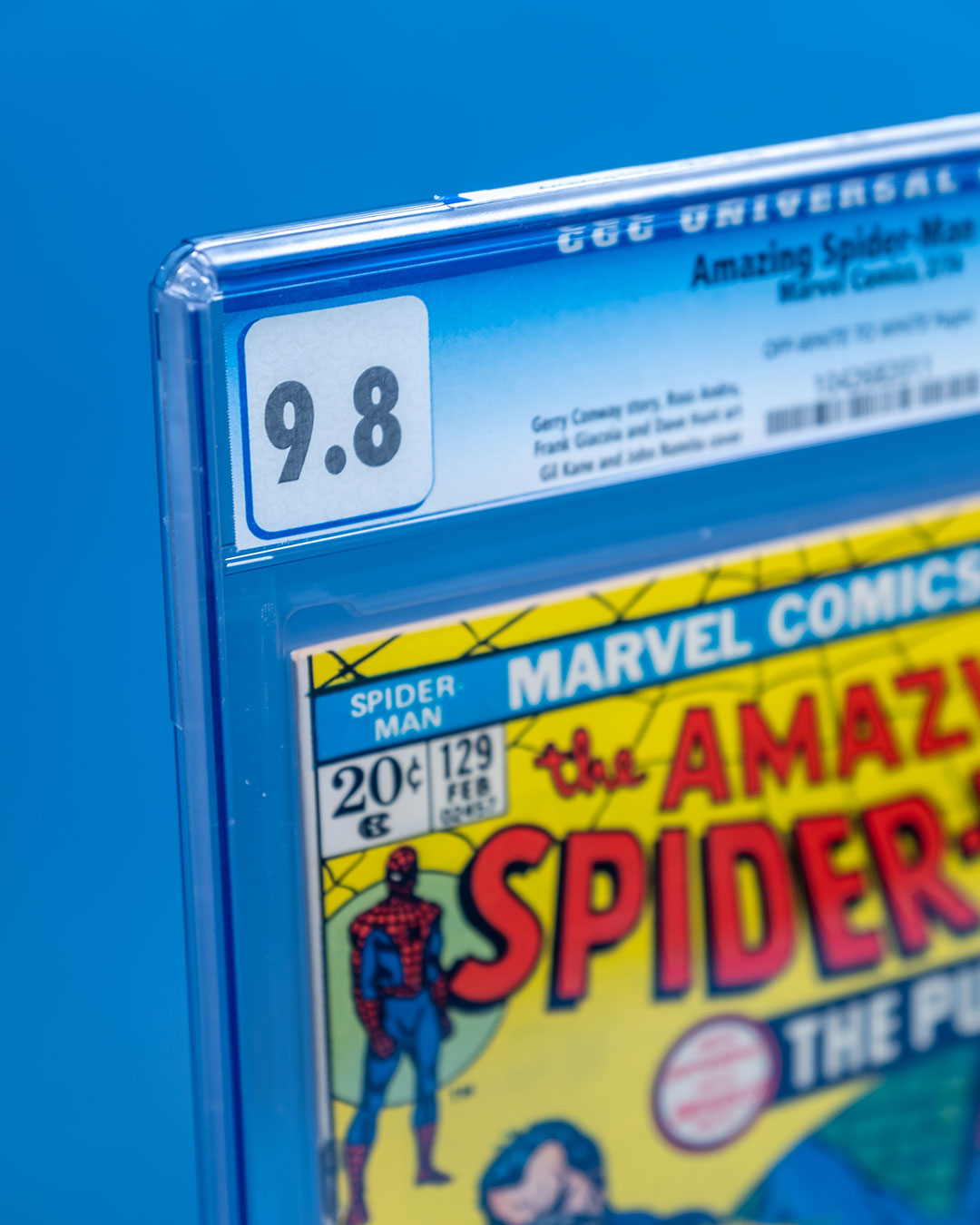 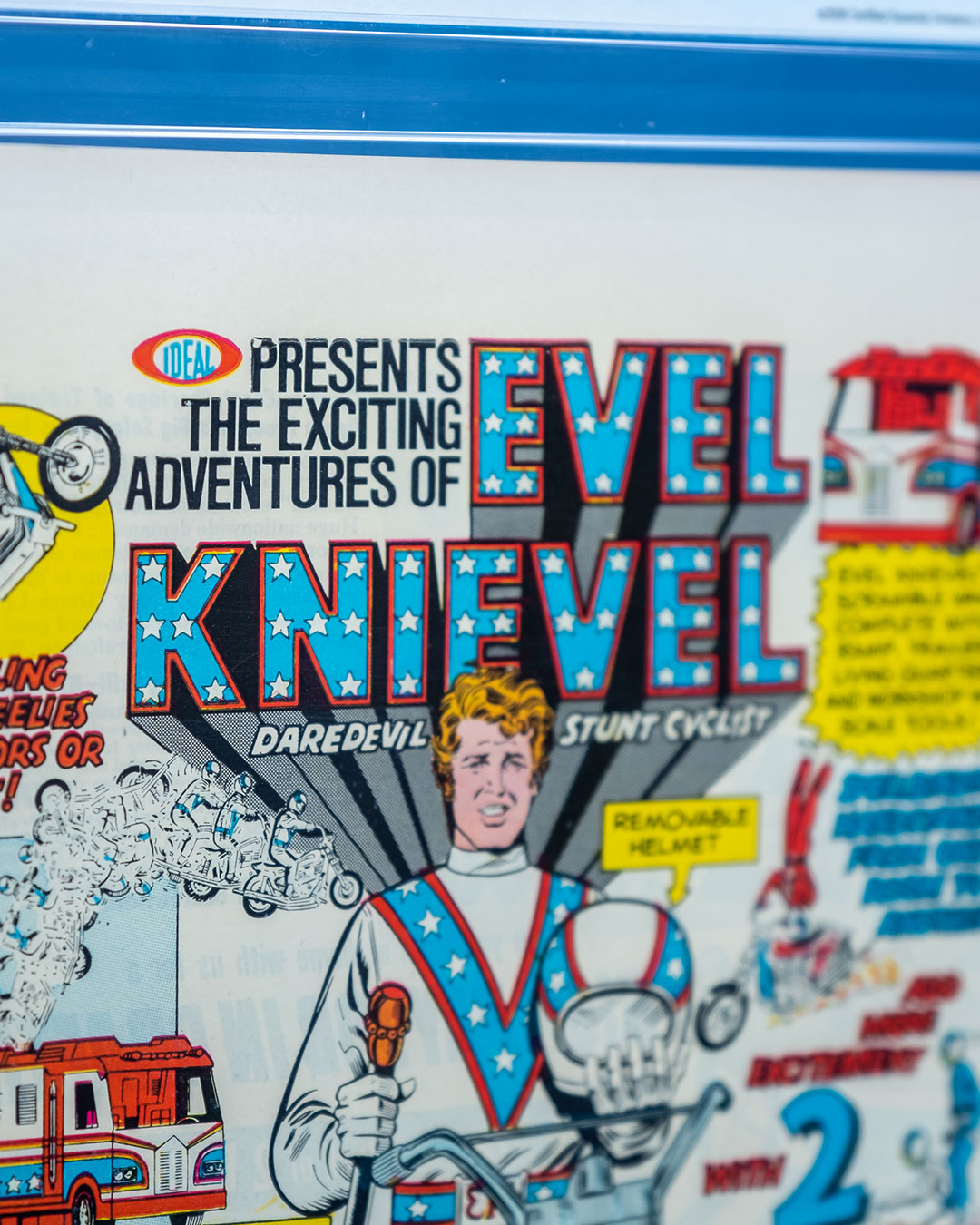 No items found.
The Amazing Spider-Man #129
First Appearances of The Punisher and Jackal.
$
25
.00
PER SHARE
Buy SharesBuy Shares
Artist Profile

‍The Amazing Spider-Man #129, published in 1974, is a key edition in the Stan Lee Spider-Man franchise--a franchise that has since exploded in popularity for its heavy involvement in today’s MCU. ASM #129 features the first-ever appearances of both The Punisher and Jackal, now essential characters in the world of Spider-Man, as well as a now-iconic Gil Kane–designed cover that has inspired countless homages.

In the story, The Punisher is hired by Jackal to kill Spider-Man. After a few battles between Spider-Man and the Punisher, Spider-Man manages to convince The Punisher to instead work together to fight Jackal, who eventually becomes one of Spider-Man’s biggest rivals.

Due to its introduction of key characters, this comic, scripted by renowned Marvel creative Gerry Conway, is considered a Bronze Age grail—a cornerstone comic in Stan Lee’s legendary reign over the Marvel universe. Lee co-created many of Marvel’s iconic heroes, including Spider-Man, the X-Men, Iron Man, Thor, the Fantastic Four, the Black Panther, and the Hulk. Since his death in 2018, his collections have become even more prized by collectors.

Our copy of ASM #129 is graded 9.8 by CGC, the highest grade in circulation, and is one of only 137 in the world. It is highly sought after by collectors and is one of the top ten most actively traded comics from the Bronze Age.

Key First Appearances
ASM #129 features the first full appearance of The Punisher and Jackal.
Highest Grade
A 9.8 CGC is the highest grade available with only 137 Universal Grade copies in the world. This represents 1.3% of the total circulating supply.
Historical Sales
Since 2015, the comic has seen an +82% change in price, representing an annualized change of +13%.
Bronze Age Grail
Consistently cited as a top comic of the Bronze age by GoCollect.

A Marvel comic book just sold for a record $1.26 million
Sony and Disney Execs 'Hope' New Deal Will Keep Spider-Man in the MCU For More Films
Sony’s ‘Morbius’ trailer hints at an event that Spider-Man fans have been waiting for