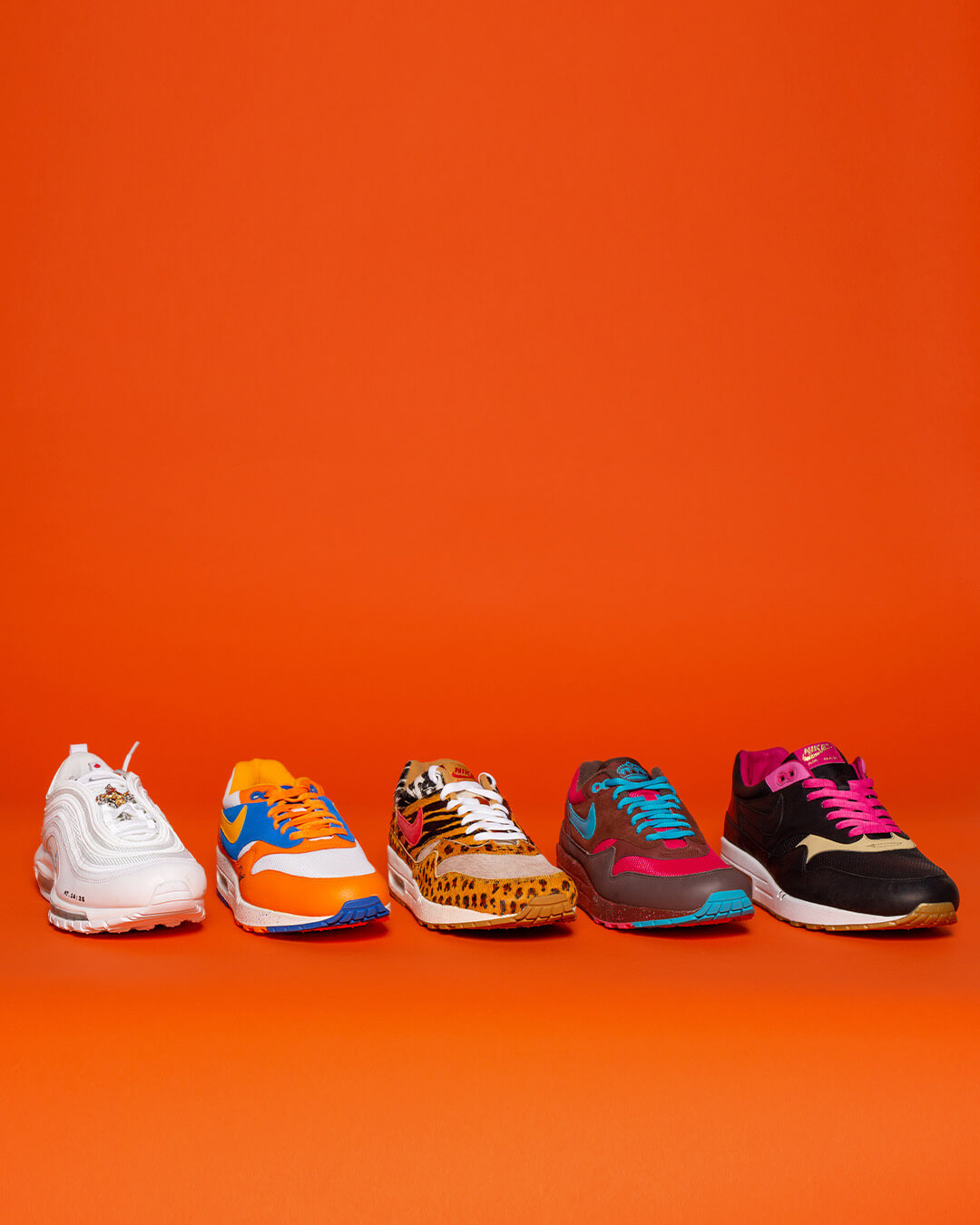 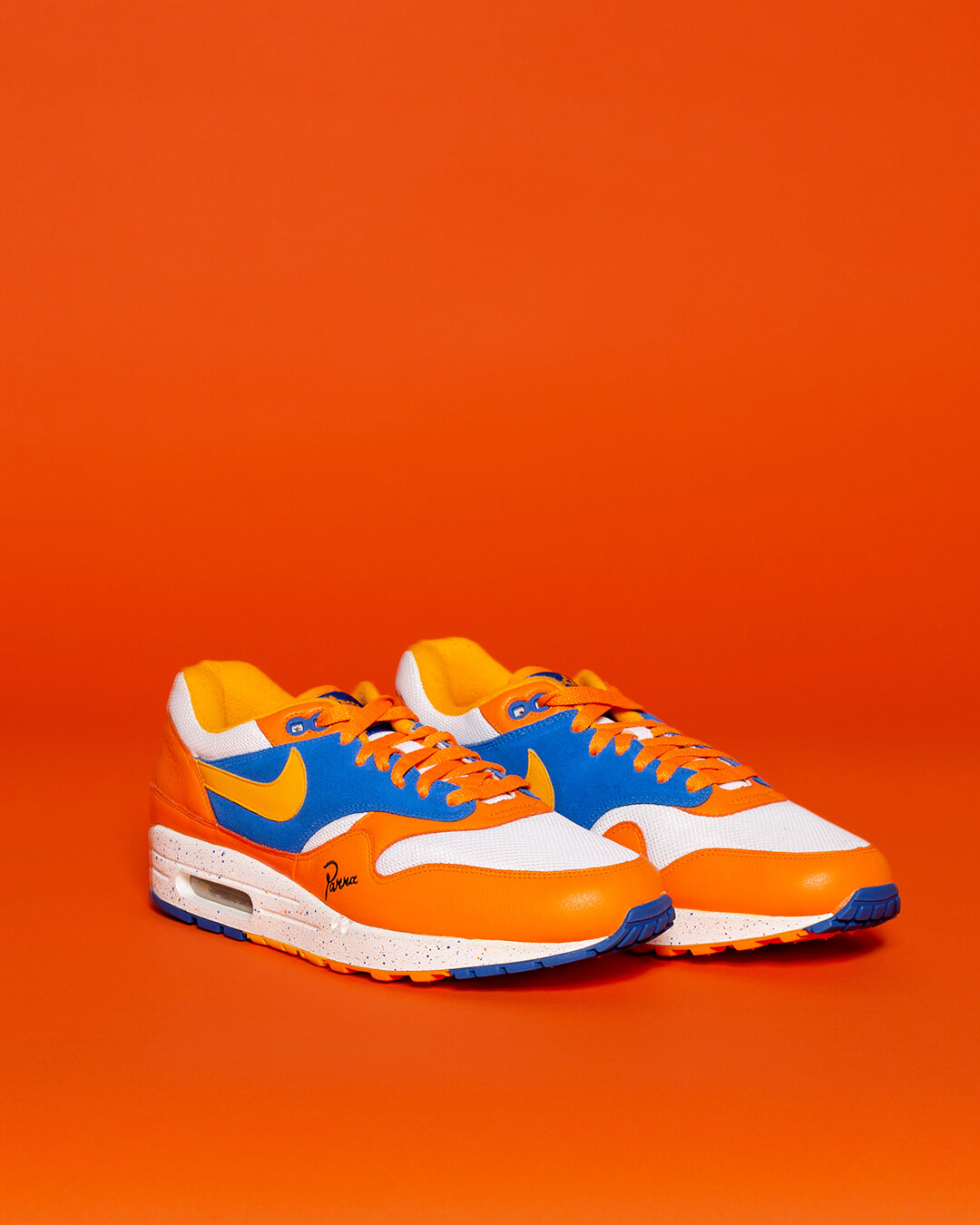 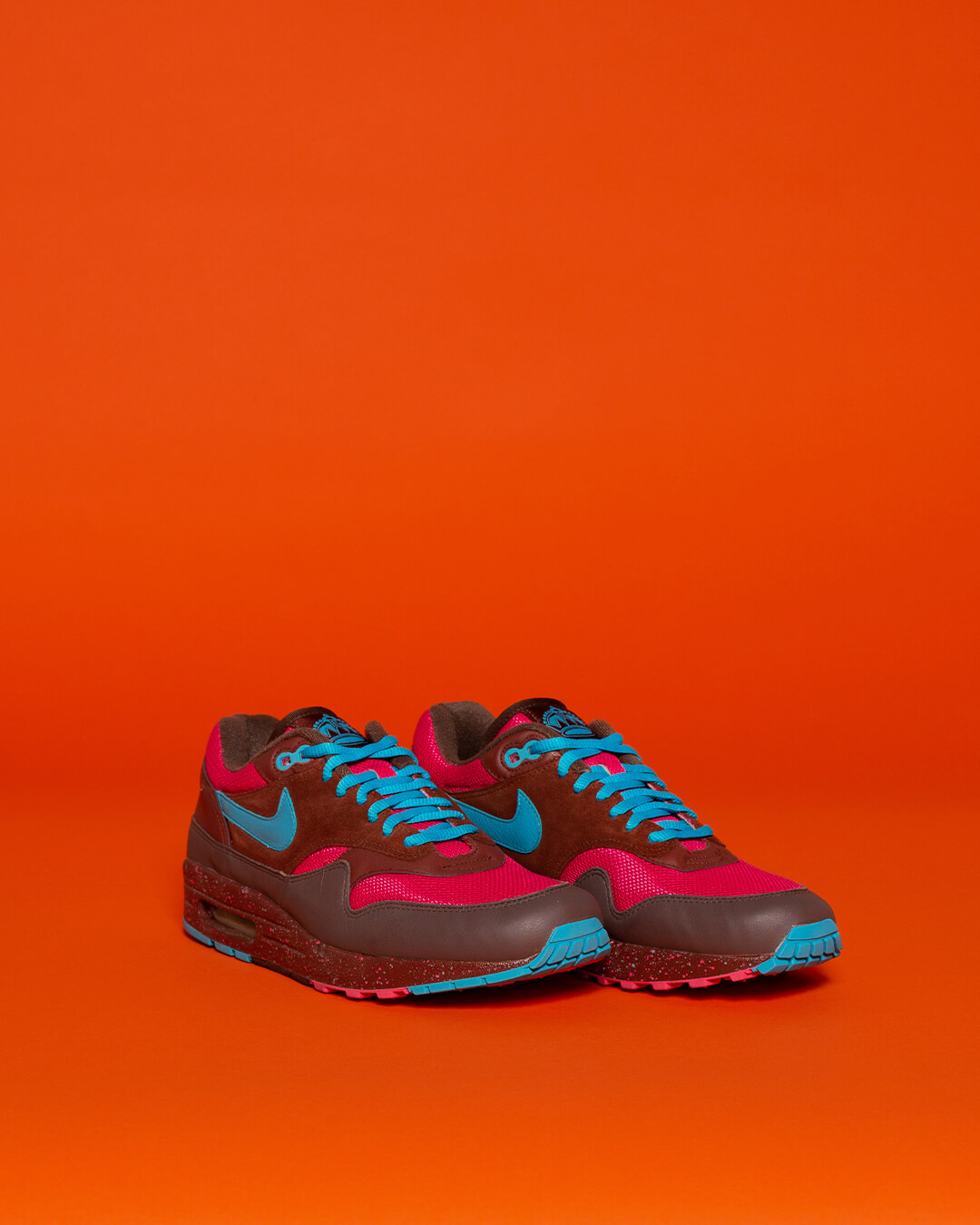 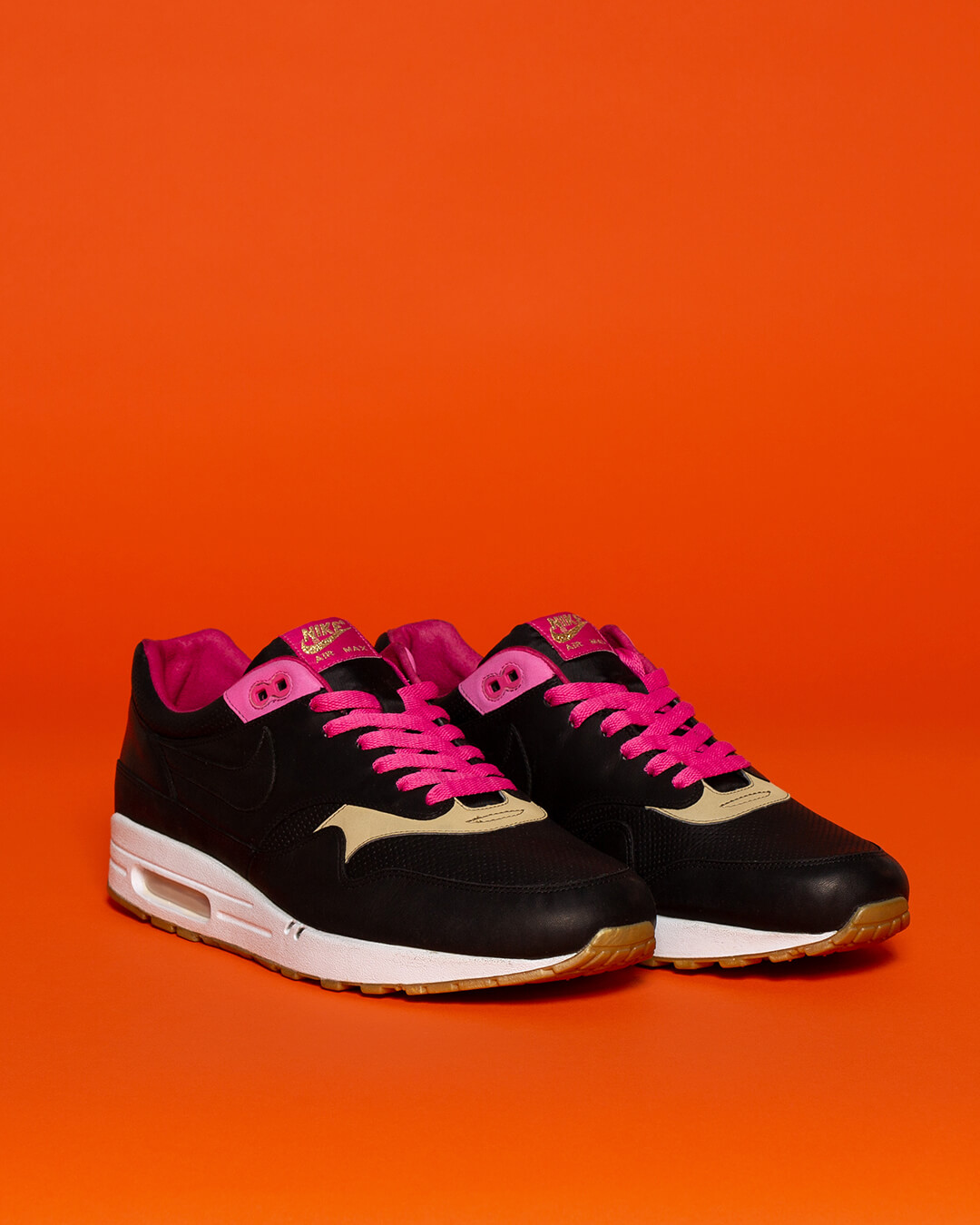 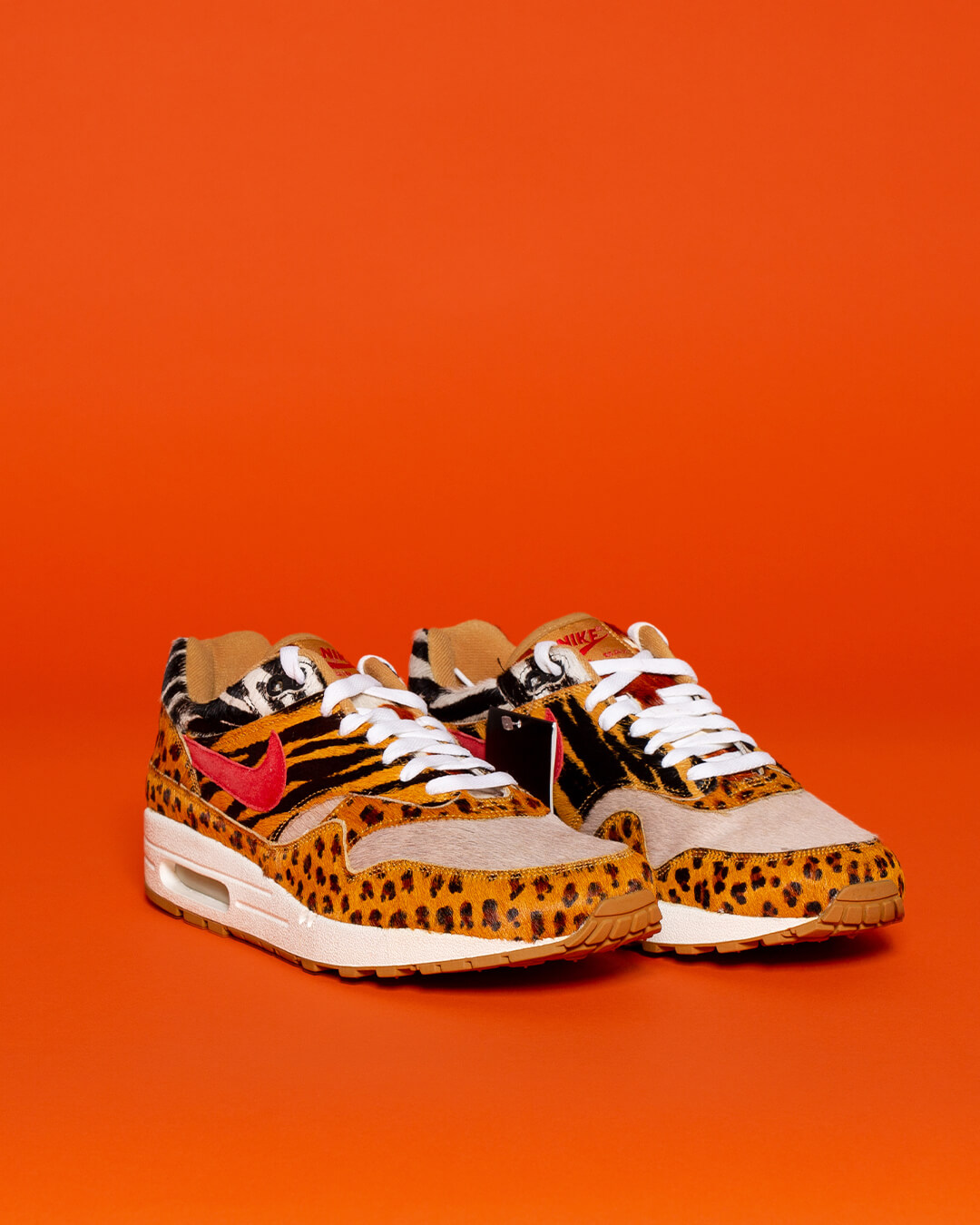 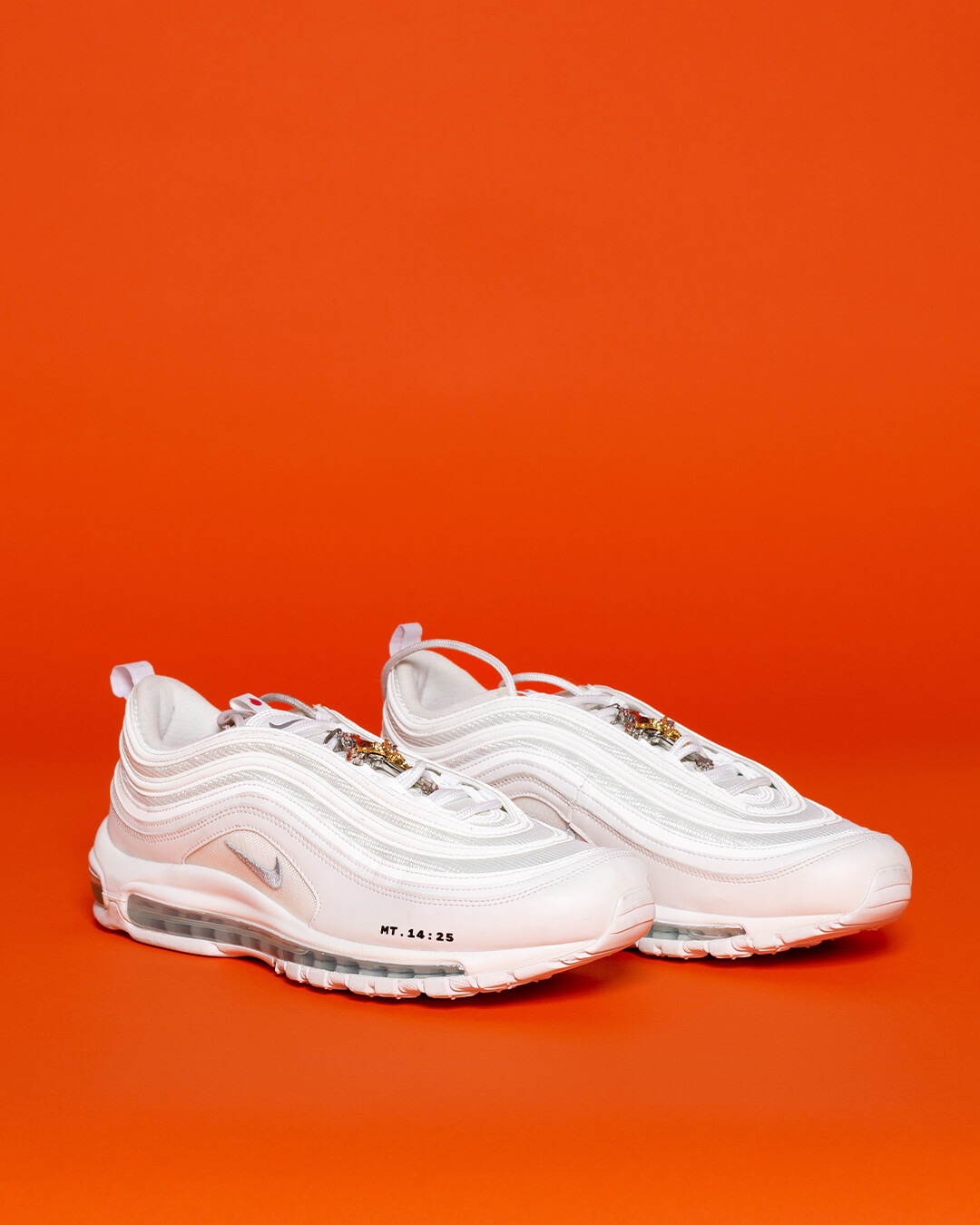 The Air Max’s spot on Nike’s roster of legacy silhouettes comes not by way of having a superstar athlete associated with the shoe, but instead through its innovative and groundbreaking look. The Nike Air Max 1 was revolutionary in that it was the first shoe to ever include a visible air unit (air bubble in the sole)— a design motif that has gone on to inspire a vast catalog of running shoes and one of Nike's most popular sneaker lines, the Air Max. This genius design was the brainchild of Tinker Hatfield and propelled him to eventually become the GOAT within sneaker design. Today, these shoes are so celebrated, that Nike coined March 26th “Air Max Day,” starting in 2014.

The Nike Trainer Series collection is anchored by the “Albert Heijn” Air Max 1, a shoe so elusive that it is heralded as the undisputed holy grail of Air Max collecting. Nike’s Air Max line is a pillar of their footwear empire, among icons like the Air Jordan 1 and the Air Force 1. The line’s popularity in European markets has produced some of the rarest and most coveted shoes in the sneaker world.

The “Albert Heijn” and “Amsterdam” pairs were both designed by Dutch artist Parra. The “Albert Heijn” pair, designed for a Dutch grocery store, was scrapped after the brand changed its marketing colors. Only 24 pairs were released to family and friends. Meanwhile, the “Amsterdam” pair was only released to European markets in quantities in the low 100s.

Nike partnered with toy and apparel designer Kidrobot to create the eponymous shoe, inspired by the 1986 Maserati Quattroporte III Royale.

When prominent Japanese sneaker boutique Atmos pitched the “Animal Pack” shoe, Nike worried it would not sell due to its outlandish look, but instead, it rapidly became a grail.

MSCHF’s “Jesus Shoe,” inspired by Jesus walking on water, is injected with 60cc of water directly from the river Jordan, in homage to Matthew 14:25. Recently, MSCHF made headlines for their satanic Air Max 97 collaboration--a contrast from their “Jesus Shoe”.

Defining History
The Nike Air Max 1 was revolutionary in that it was the first shoe to ever include a visible air unit (air bubble in the sole)— a design motif that has gone on to inspire a vast catalog of running shoes and one of Nike's most popular sneaker lines, the Air Max. This genius design was the brainchild of Tinker Hatfield and propelled him to eventually become the GOAT within sneaker design. Today, these shoes are so celebrated, that Nike coined March 26th “Air Max Day,” starting in 2014.
Two Anchors in the Collection
The “Albert Heijn” is revered as one of the rarest and most sought-after Air Maxes ever. This shoe, designed by artist Parra, was inspired by “Albert Heijn,” the dutch supermarket. They were never released to the public and only 24 pairs were given to close friends of the artist. Parra then designed the “Amsterdam” as an homage to his hometown, releasing about 200 pairs.
On the Up
We believe this collection has serious potential for growth given the industry’s growing appreciation for Air Max 1’s. According to StockX, Air Max prices across the board are up 28% year over year on average. Of that, 88% of Air Max 1’s increased in value, with an average 42% increase in price.
The Sneaker Market
The Nike Trainer Series is bolstered by the rise of the collectible sneakers market. According to a recent report from Cowen Equity Research, the sneaker resale market is estimated to reach $30B by 2030, growing 20% year-over-year.

What Max Means to Me: A Nike Air Max Day Roundtable
Nike Designs Air Max 2090 to be “Shoe of the Future”
Walk on Holy Water With the Biblical MSCHF x INRI Air Max 87 Custom